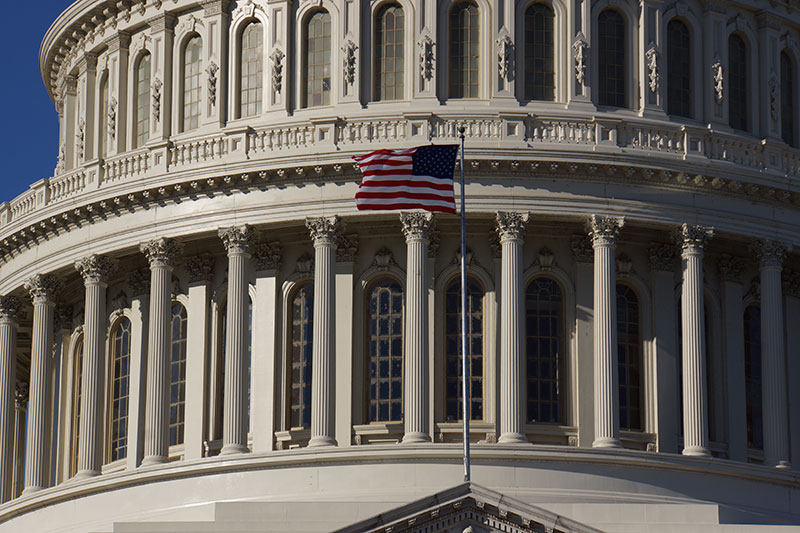 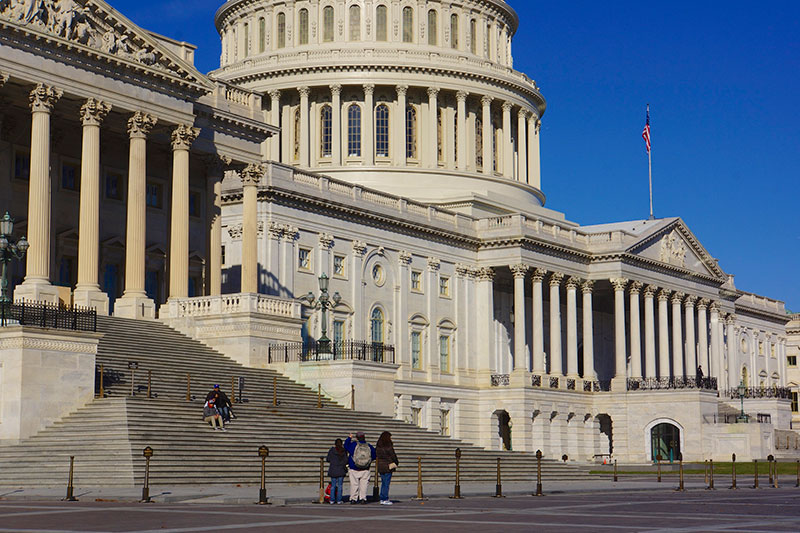 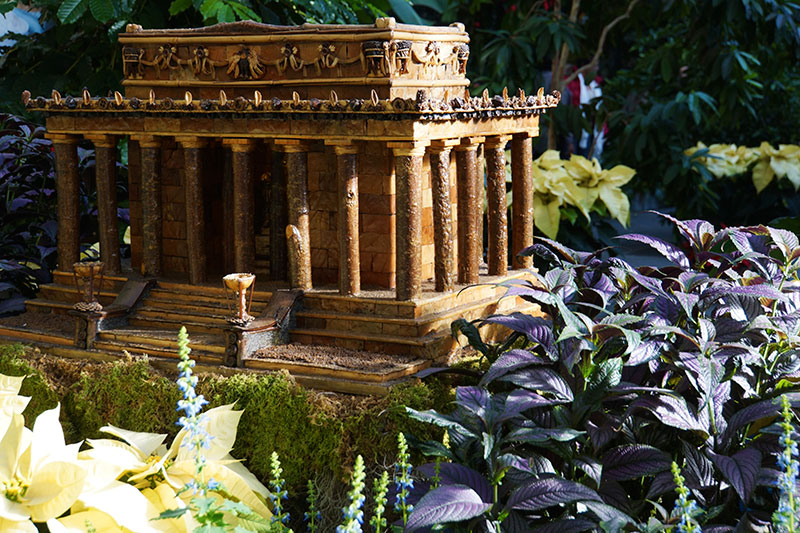 The Garden Court in the entrance to the Gardens has a collection of representations of National buildings and monuments.  They are spectacular and all crafted from more than 70 different plant parts and pieces.  Each building’s complexity takes hundreds of hours to complete bringing gingerbread house traditions to a whole new level.

These incredible wonderful holiday delights are made of over 70 different kinds of plant material including pine cone scales, willow, screw pods, grapevine tendrils and acorn and acorn caps.  What a Holiday treat!

Maybe we lucked out, perhaps it was off season, as we approached Annapolis we called the Inns of Annapolis and got a reservation at what turned out to be one of a our favorite finds.. a room at the inn…it was comfortable, charming, spacious and in a perfect location…. 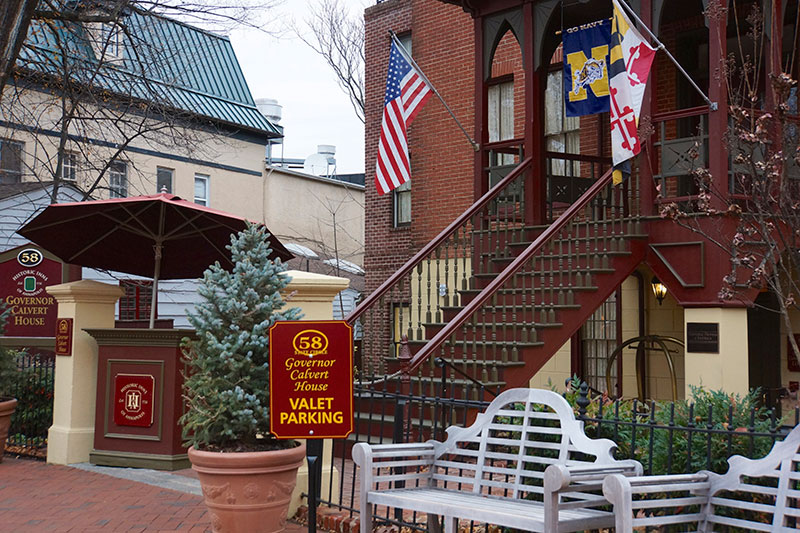 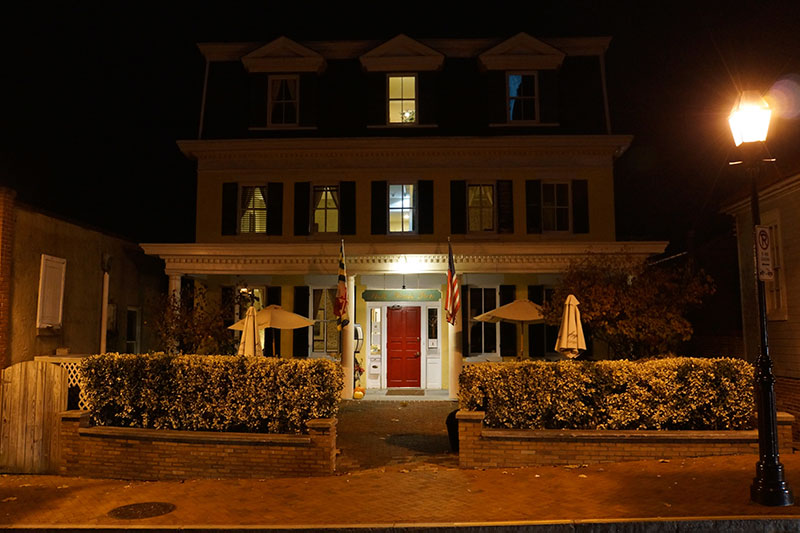 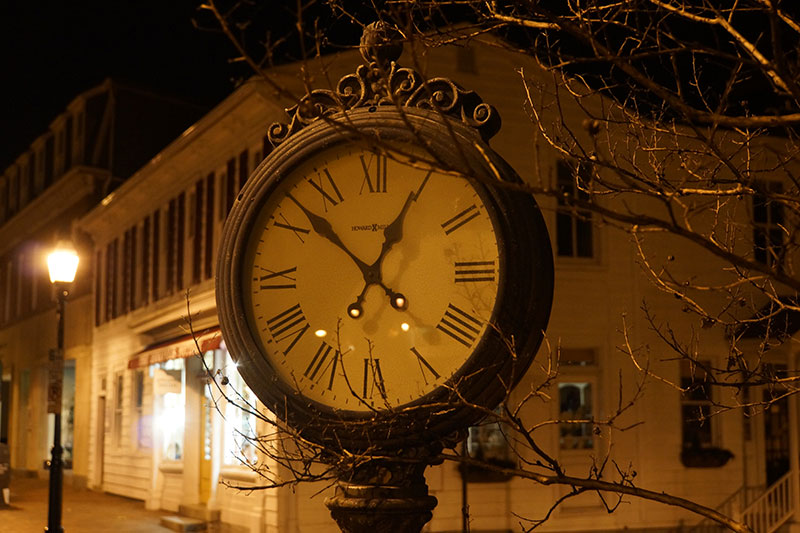 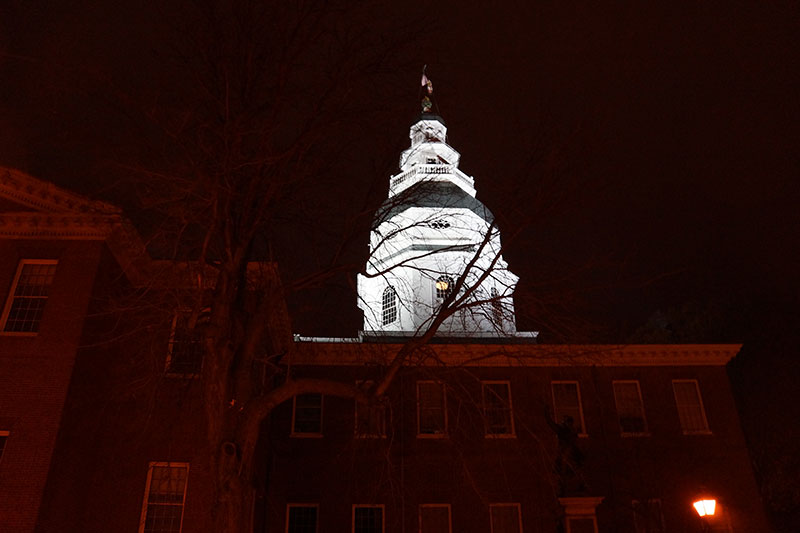 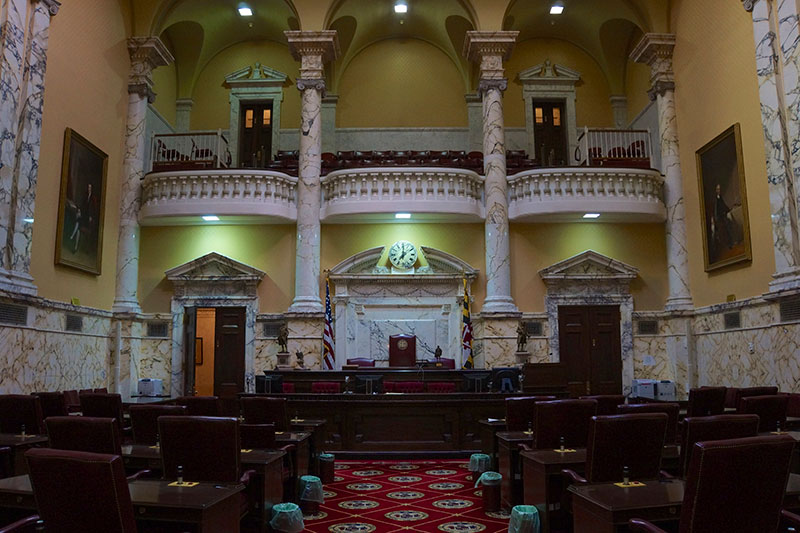 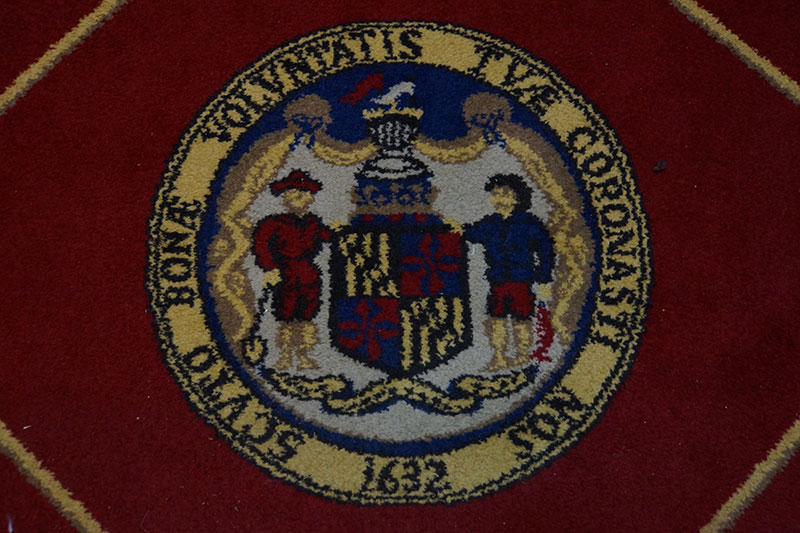 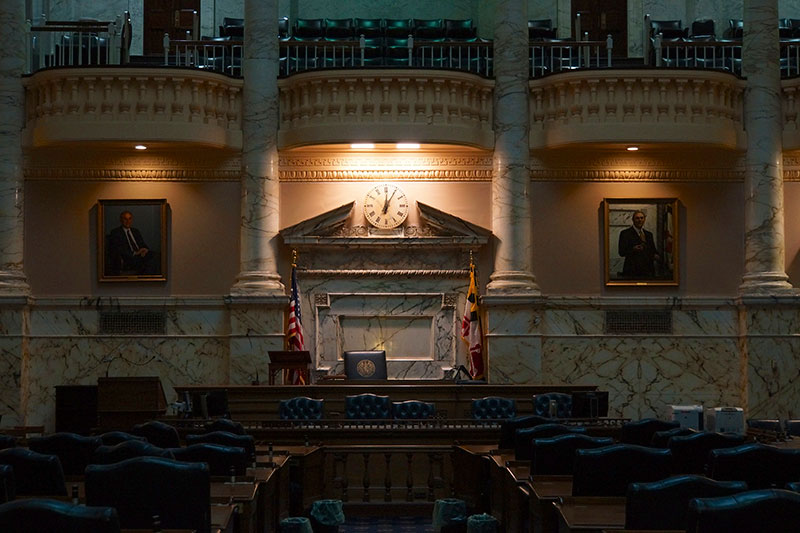 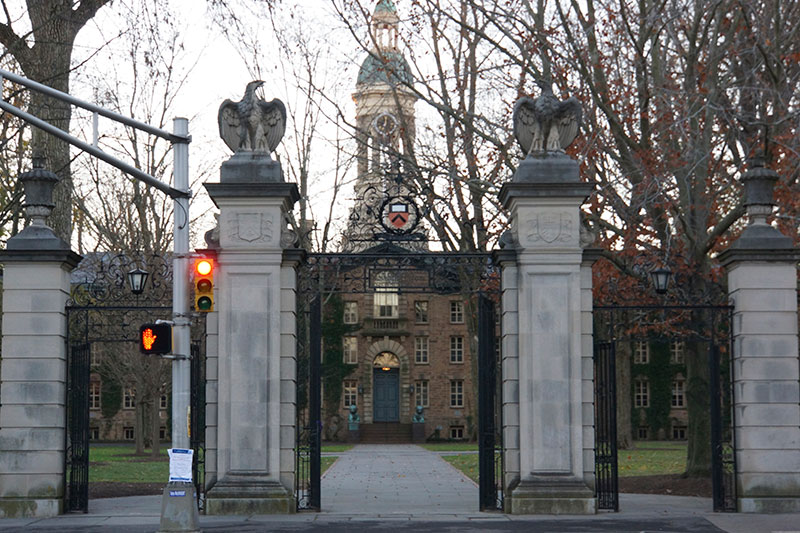 Loaded with tradition and history….

Nassau Hall was, at the time of its completion in 1756, the largest stone building in the colonies. It was much admired and provided the inspiration for other college buildings, notably Hollis Hall at Harvard, University Hall at Brown, Dartmouth Hall at Dartmouth, and Queens Hall at Rutgers.

“We do everything in the plainest and cheapest manner, as far as is consistent with Decency and Convenience, having no superfluous Ornaments,” President Aaron Burr, Sr., wrote a benefactor in Scotland, and this was the guiding principle in the design of Nassau Hall. The trustee minutes mention a plan by William Worth, a local stonemason, and another plan by Dr. William Shippen of Philadelphia and Robert Smith, a carpenter-architect who later designed Carpenter’s Hall in Philadelphia. No doubt Dr. Shippen contributed to the design of the building, as William Worth may have done in addition to the considerable contribution he made to its execution, but the major responsibility must have been Smith’s, since an account of the College published by the trustees in 1765 declared that Nassau Hall was “designed and executed by that approved architect, Mr. Robert Smith, of Philadelphia.”

The trustees originally voted that “the College be built of Brick if good Brick can be made at Princeton and if sand can be got reasonably cheap,” but they later changed their plans and “the College” was built of a light brown sandstone from a nearby quarry. That it was good stone and that it was well and truly laid by William Worth, the mason, is substantiated by the fact that the exterior walls, which were twenty-six inches thick, withstood the extraordinary shocks and strains the building had to endure: the depredations it suffered during two years of military occupation in the Revolution, devastating fires in 1802 and 1855, and disturbances of rebellious students, who on one occasion exploded a hollow log charged with two pounds of gunpowder inside the main entrance, cracking the adjacent interior walls from top to bottom.

It took two years to erect this building and even before it was completed the trustees voted to name it for the governor of the Province, Jonathan Belcher, who staunchly befriended the College in many ways. “Let BELCHER HALL proclaim your beneficent acts . . . to the latest ages,” they wrote the governor, but, “with a rare modesty,” as President Maclean later noted, the governor declined the honor, and at his suggestion the building was named Nassau Hall in memory of “the Glorious King William the Third who was a Branch of the Illustrious House of Nassau.” 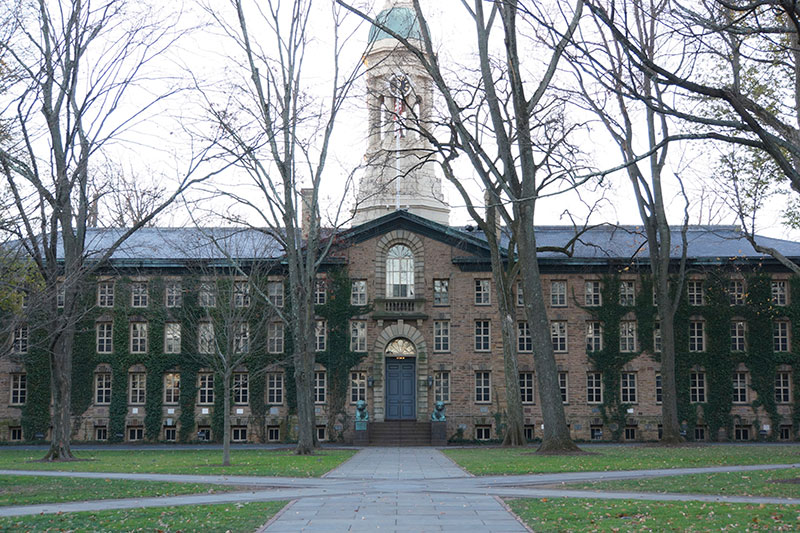 Nassau Hall (or Old Nassau) is the oldest building at Princeton University in Princeton, Mercer County, New Jersey, United States.[3] At the time it was built in 1756, Nassau Hall was the largest building in colonial New Jersey and the largest academic building in all the American colonies.[4] The University, then known as the College of New Jersey, held classes for one year in Elizabeth and nine years in Newark before the Hall was completed in 1756. Designed originally by Robert Smith, the building was subsequently remodeled by notable American architects Benjamin Latrobe and John Notman. In the early years of Princeton University, Nassau Hall accommodated classrooms, a library, a chapel, and residential space for students and faculty. It housed the university’s first Department of Psychology, for example.

During the events of the American Revolutionary War, Nassau Hall was possessed by both British and American forces and suffered considerable damage, especially during the Battle of Princeton on January 3, 1777. From July to October 1783, Princeton was the capital of the early United States and Nassau Hall hosted the entire American government. The Congress of the Confederation met in the building’s library on the second floor. According to Princeton University, “Here Congress congratulated George Washington on his successful termination of the war, received the news of the signing of the definitive treaty of peace with Great Britain, and welcomed the first foreign minister—from the Netherlands—accredited to the United States.”[5]

At present, Nassau Hall houses Princeton University’s administrative offices, including that of the university’s president. Old Nassau refers affectionately to the building and serves as a metonym for the university as a whole. The U.S. Department of the Interior designated Nassau Hall a National Historic Landmark in 1960, “signifying its importance in the Revolutionary War and in the history of the United States.” 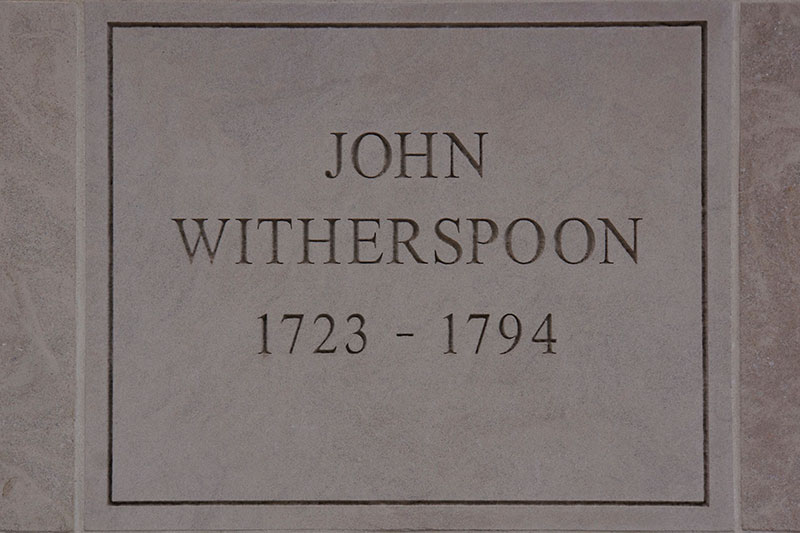 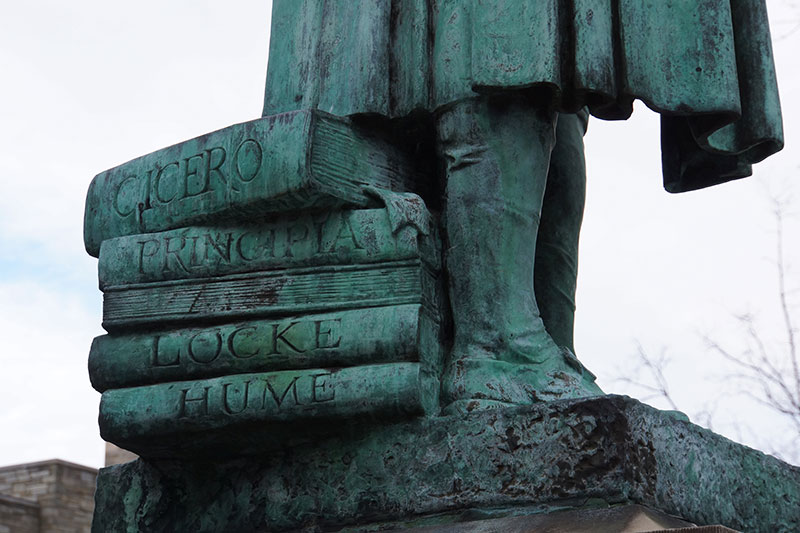 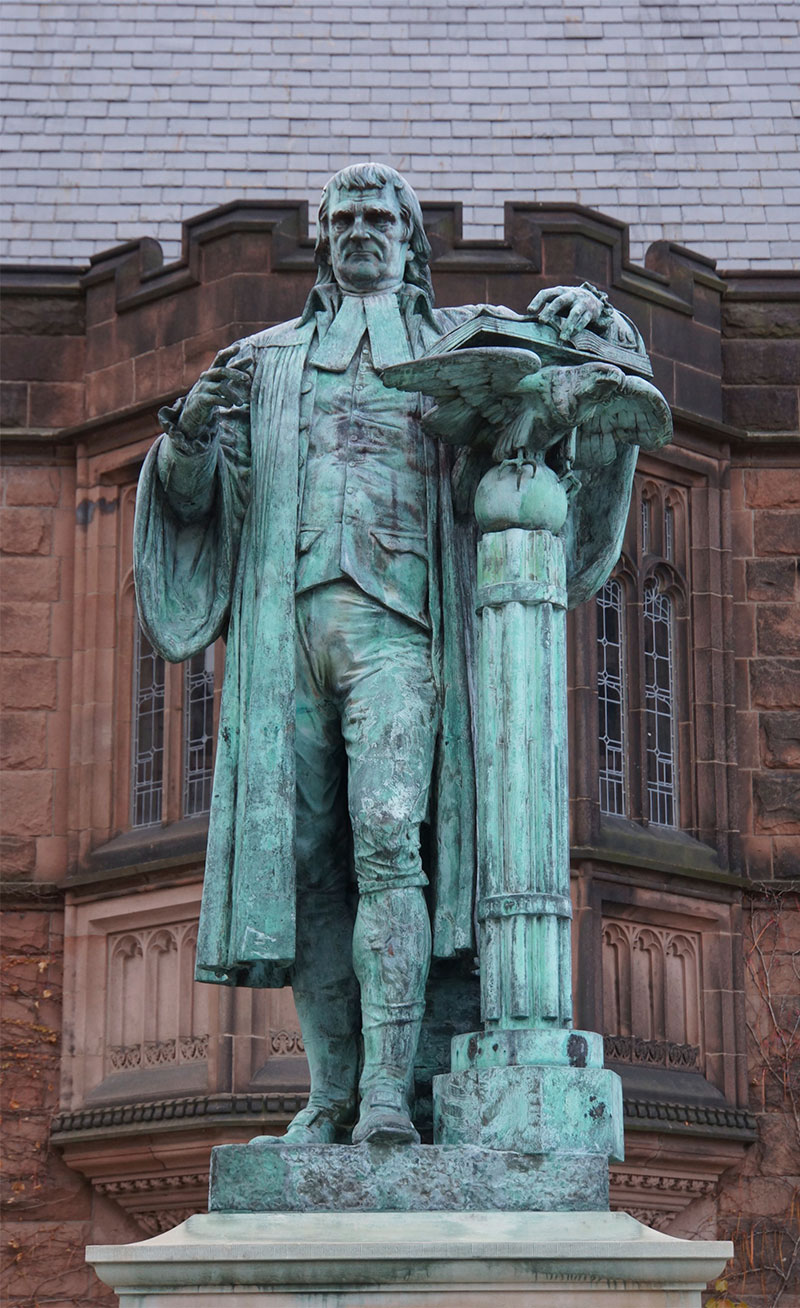 Following the untimely deaths of Princeton’s first five presidents, John Witherspoon became president in 1768 and remained in that office until his death in 1794. During his presidency, Witherspoon shifted the college’s focus from training ministers to preparing a new generation for leadership in the new American nation. To this end, he tightened academic standards and solicited investment in the college.[16] Witherspoon’s presidency constituted a long period of stability for the college, interrupted by the American Revolution and particularly the Battle of Princeton, during which British soldiers briefly occupied Nassau Hall; American forces, led by George Washington, fired cannon on the building to rout them from it. 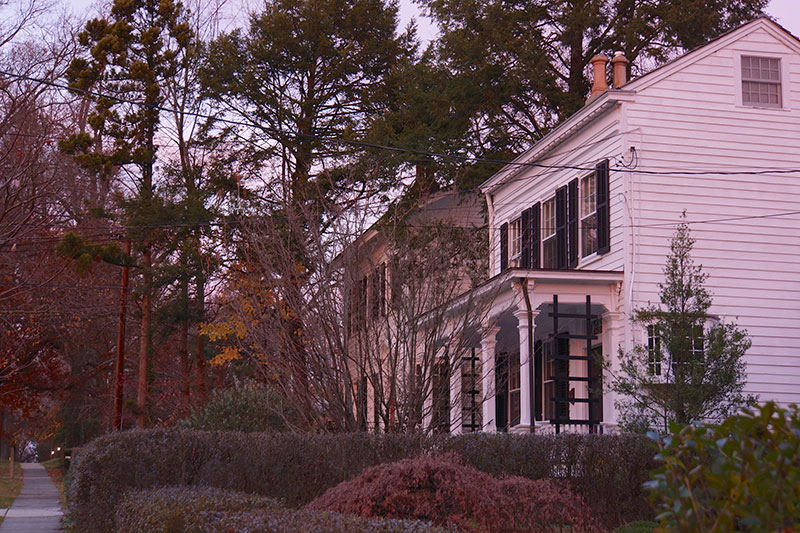 The Albert Einstein House at 112 Mercer Street in Princeton, Mercer County, New Jersey, United States[3] was the home of Albert Einstein from 1936 until his death in 1955.[4]

The house “was probably built in the 1870s or 1880s. The house is a simple pattern-book cottage and in itself is of no particular architectural significance”.[5]:2

Albert Einstein reportedly requested that this house not be made a museum, and the family did not want it to be recognized as such. Nonetheless it was added to the National Register of Historic Places and further designated a U.S. National Historic Landmark in 1976.[1][2][5] 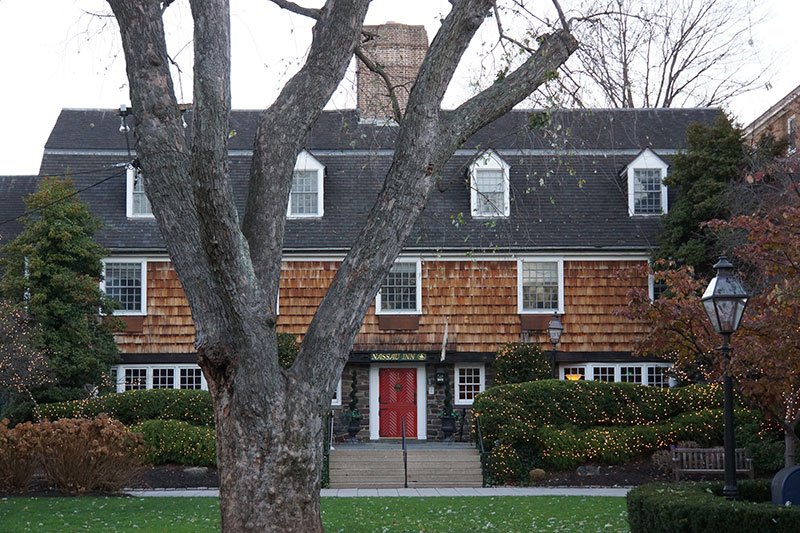 So amazing that this outstanding collection belongs to a University Art Museum ….just another amazing for Princeton….

If you are familiar with the Cleveland Museum of Art collection,  the Princeton collection includes several similar, and not so similar pieces by the same artists.

This version of the Charles Wilson Peale’s George Washington at Battle of Princeton, similar but very different… 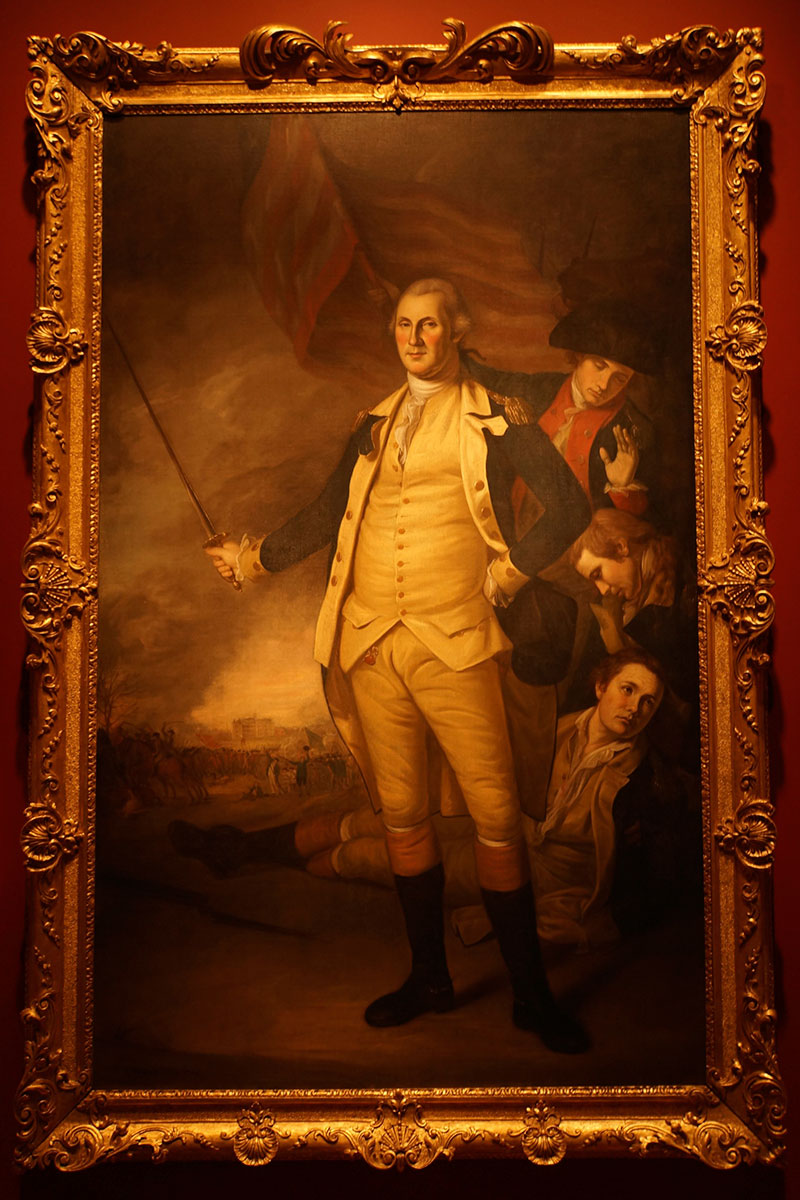 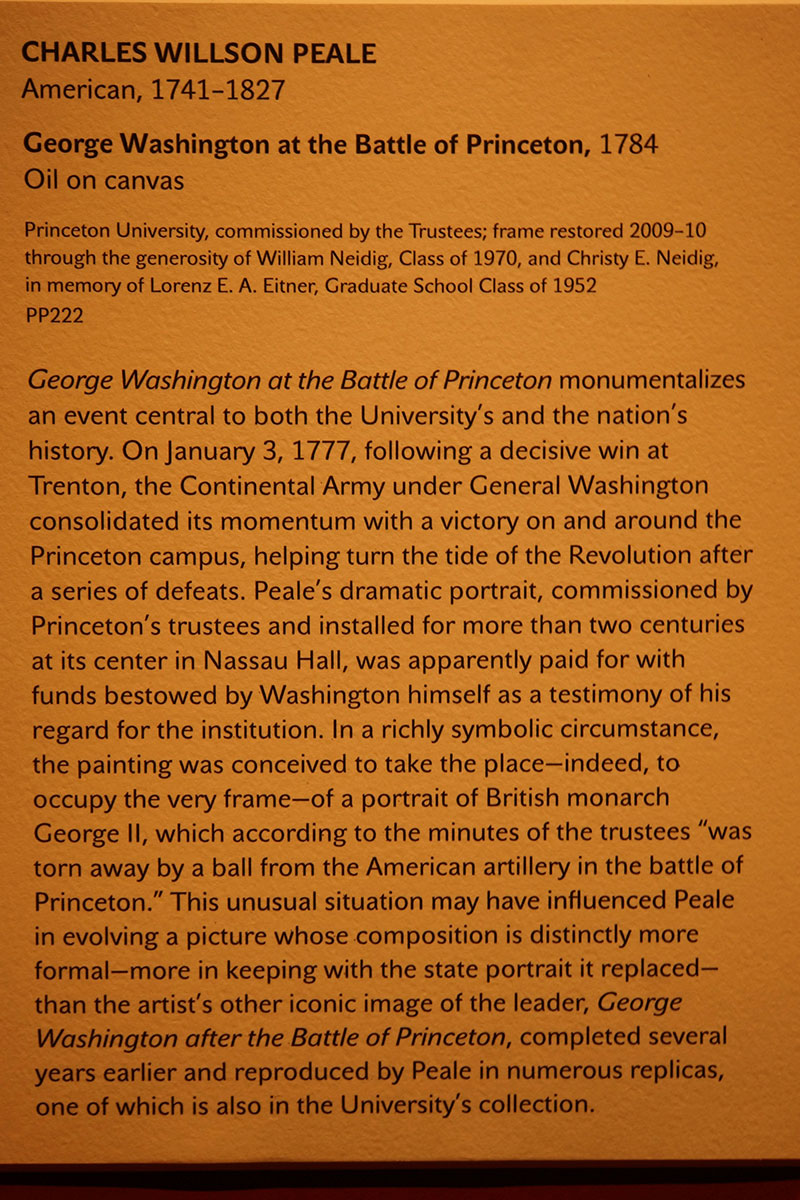 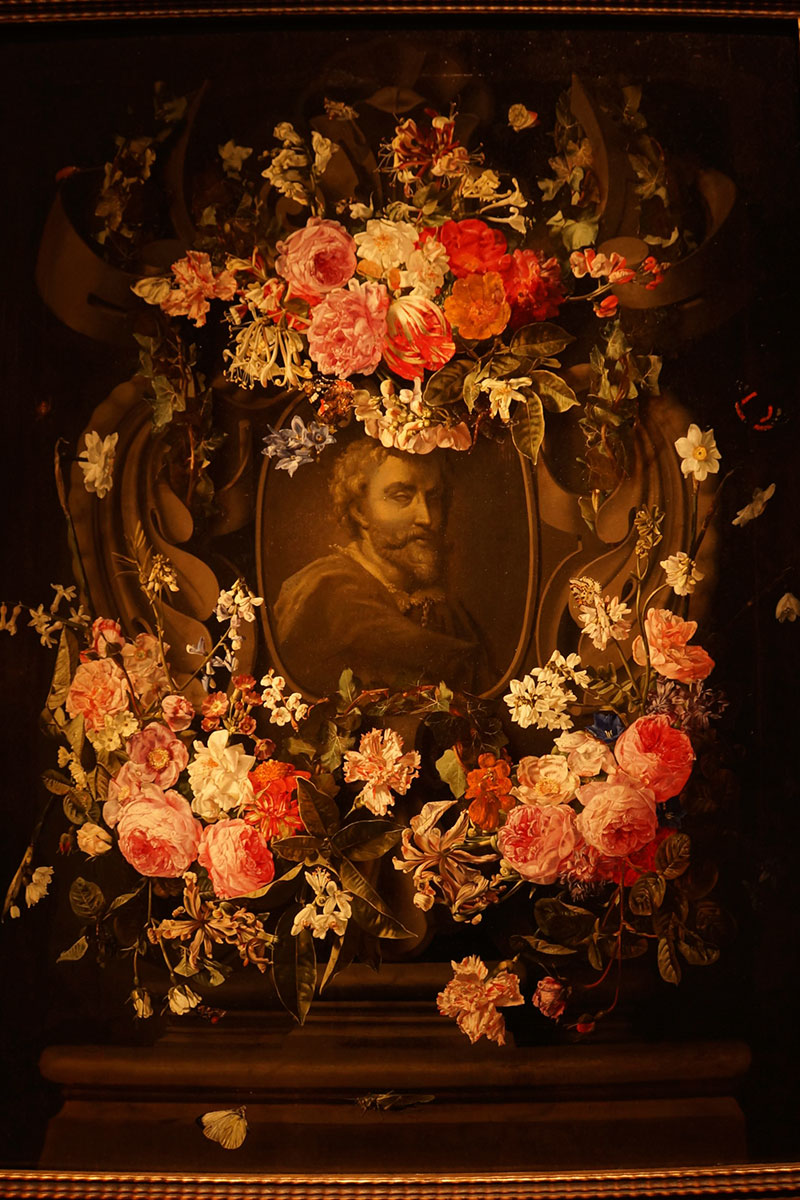 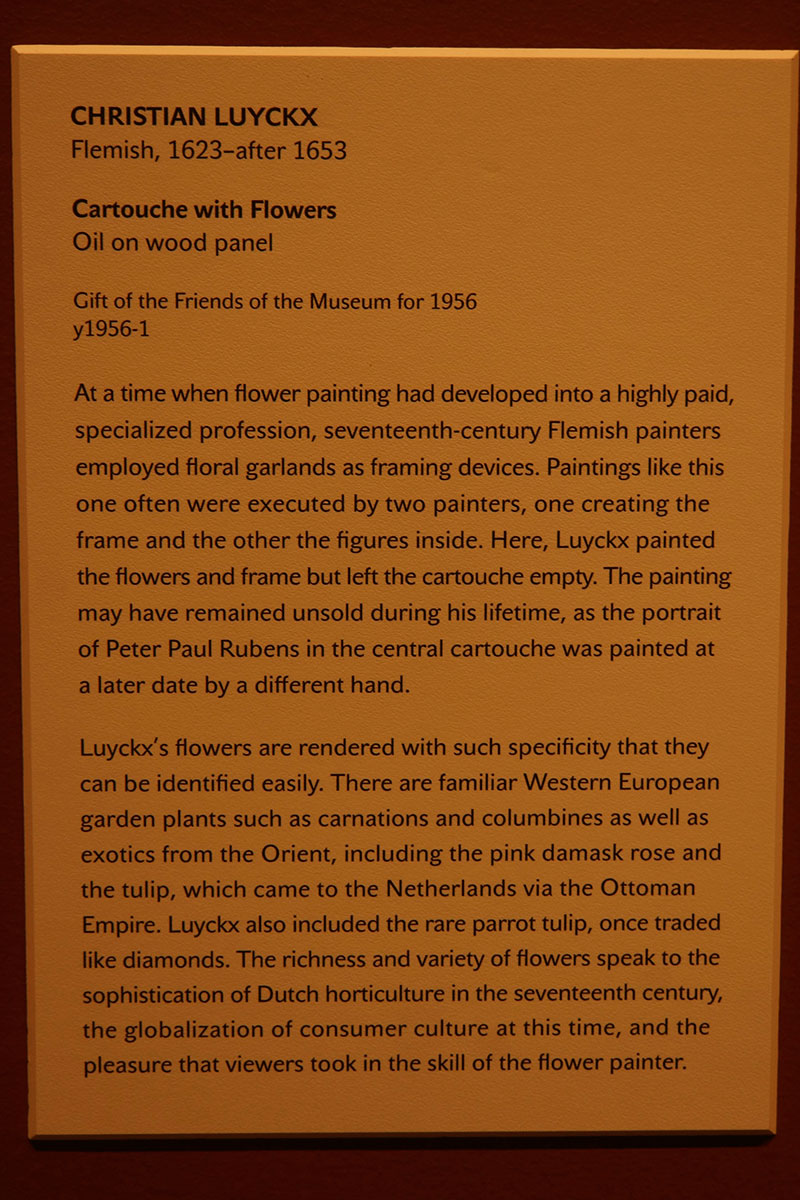 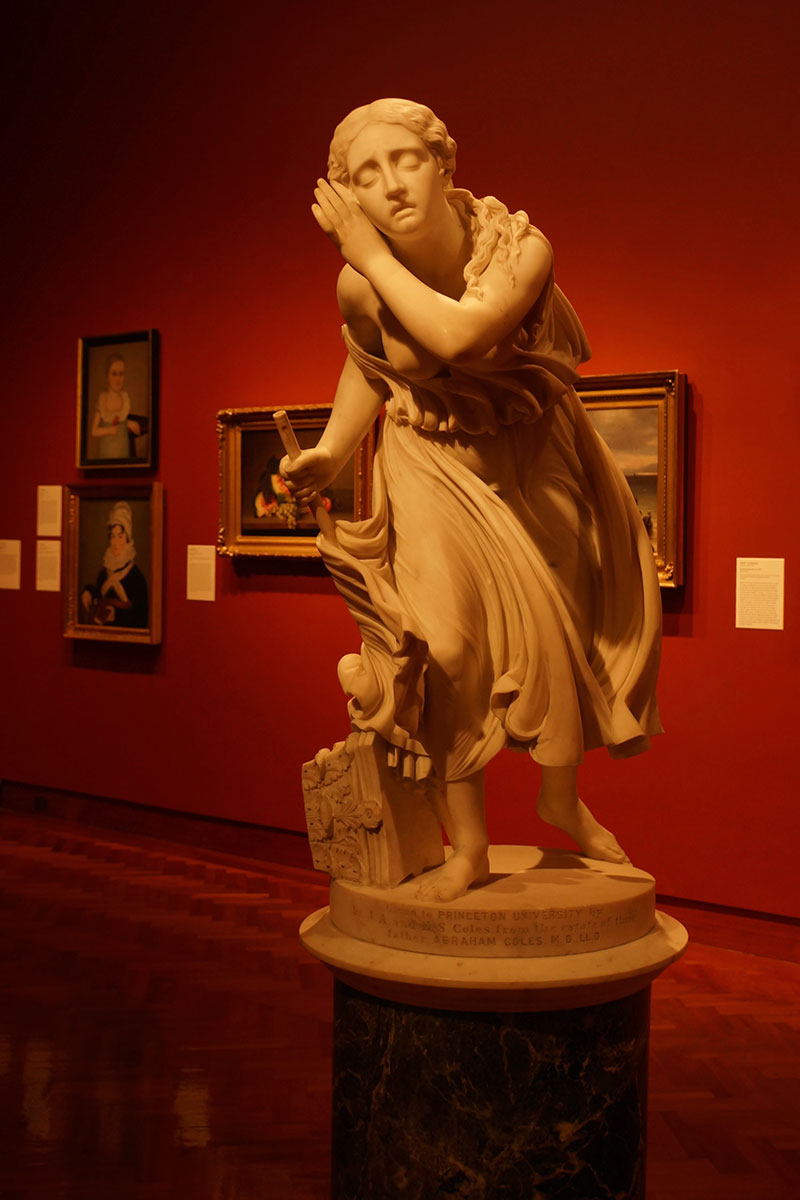 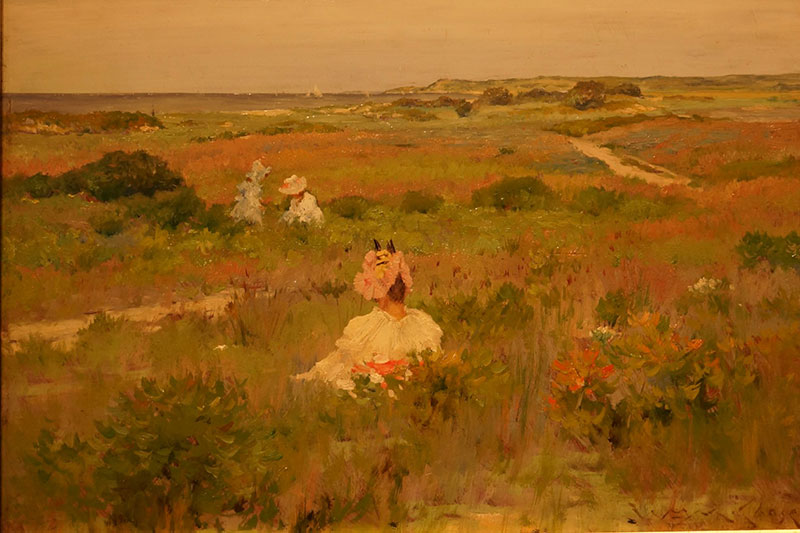 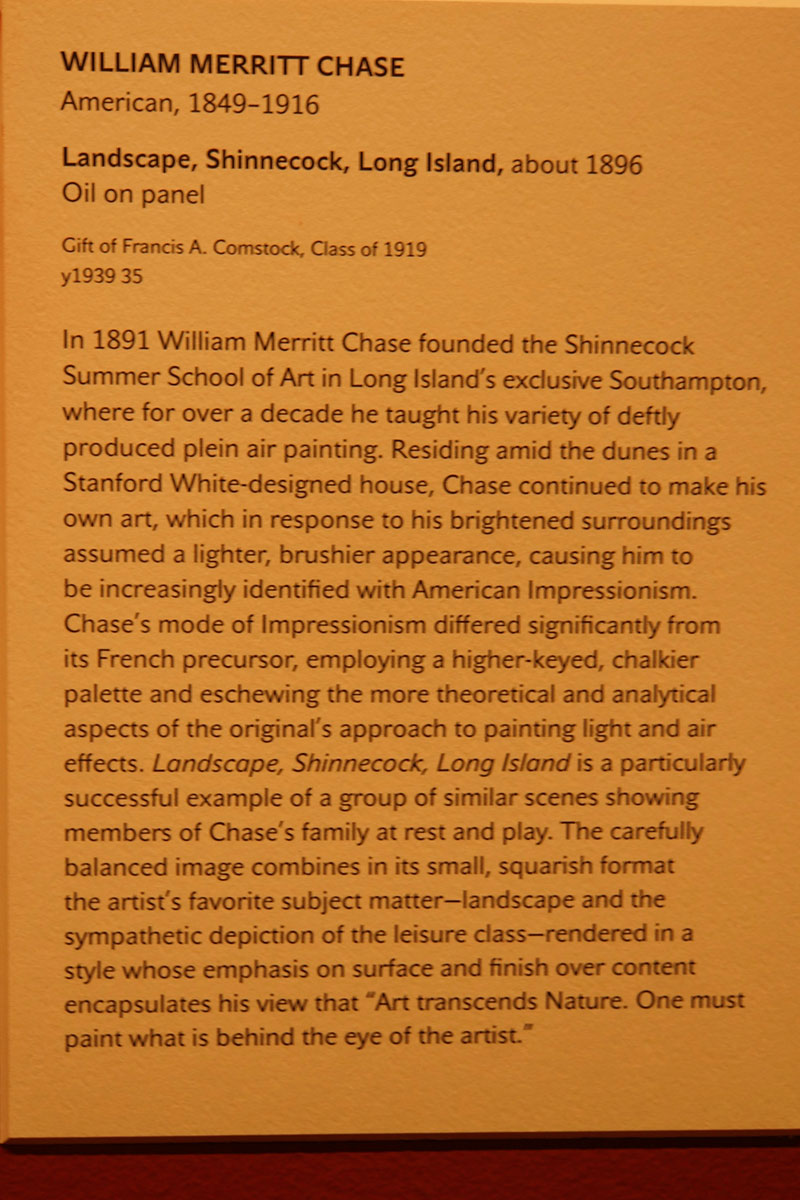 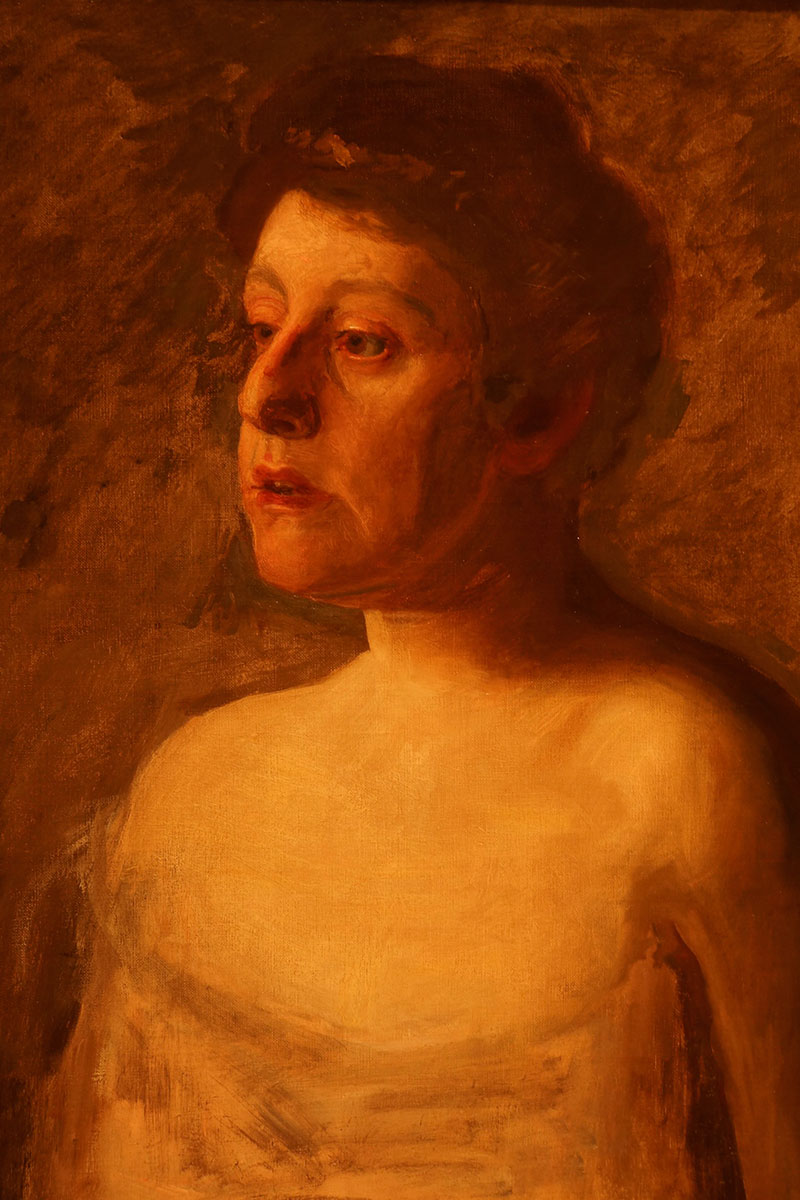 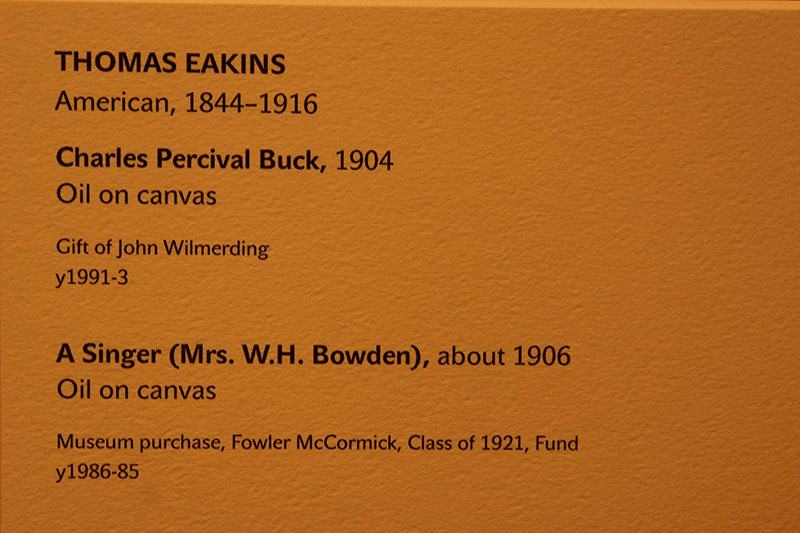 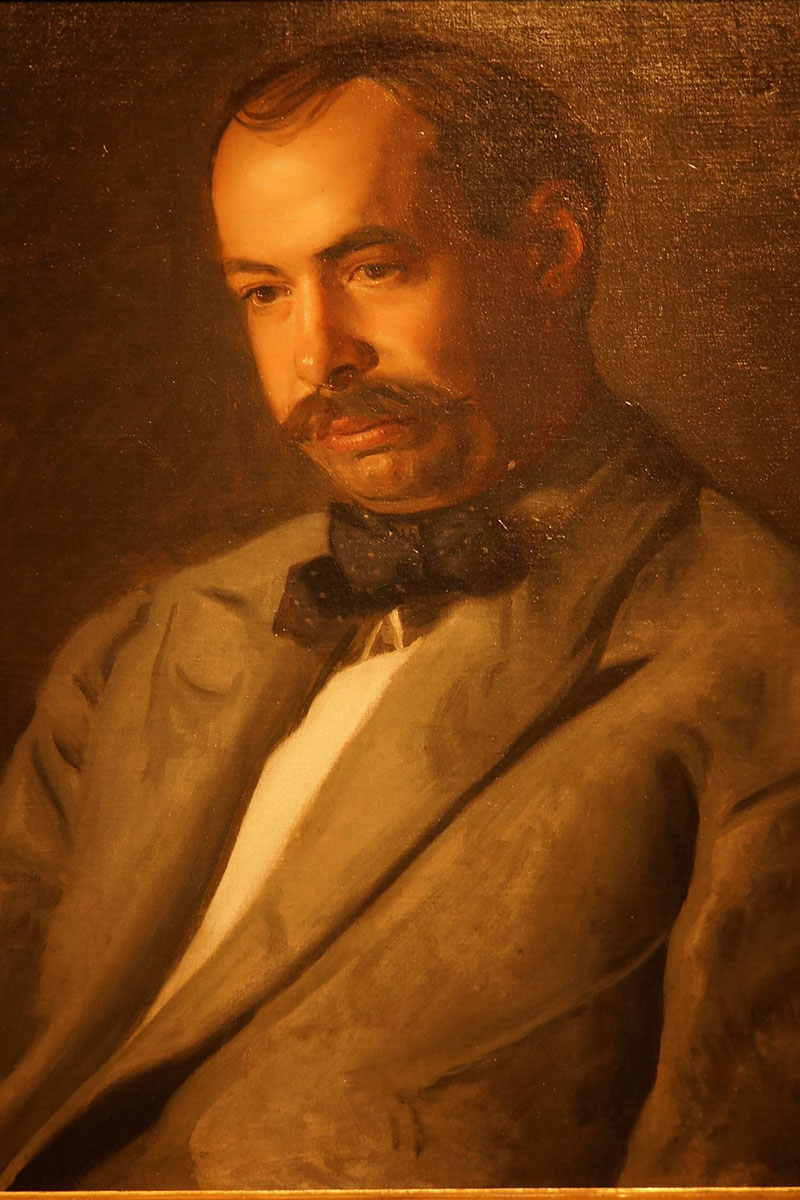 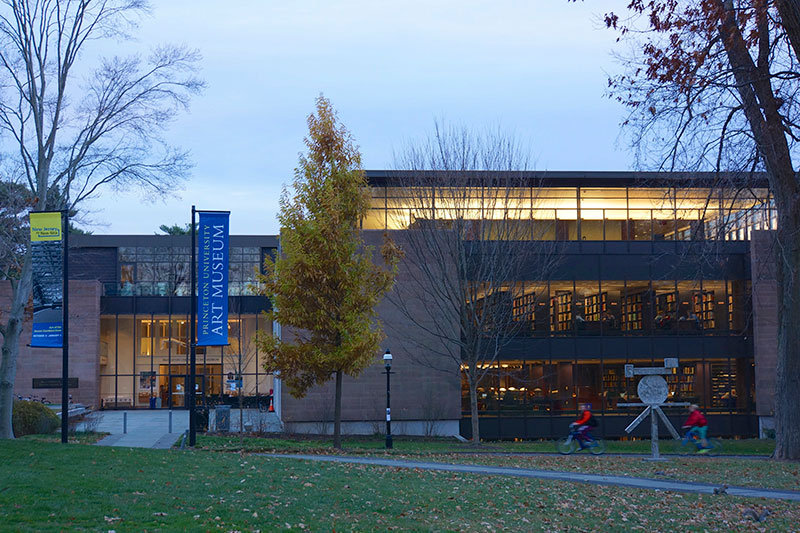