A Taste of Michigan..one of our favorite things!

We are so fortune for family…. fun, warm, giving, happy family….

Not to mention that they have Mackinac Island and the the Grand Hotel, all figured out.

As a child, (child ?) did you ever secretly dip your finger into the icing on the cake for a little taste test?   Our warm-up (already into the icing on the cake) for our maiden voyage stay at the Grand Hotel on Mackinac Island, was getting ourselves to our (one of our, so as to not hurt anyone’s feelings) cousins’ house, Renea and Brian Butler’s home in Bloomfield Hills Michigan, a suburb of Detroit. 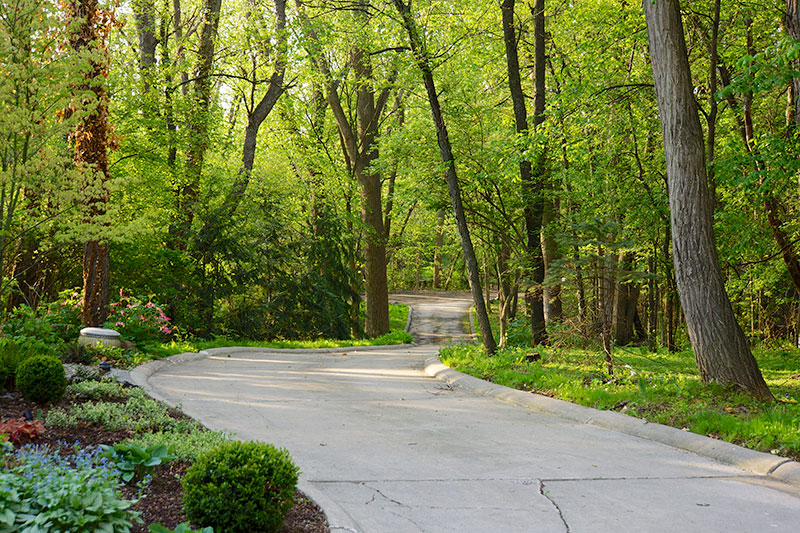 The excitement of the approach….on to Mackinac Island 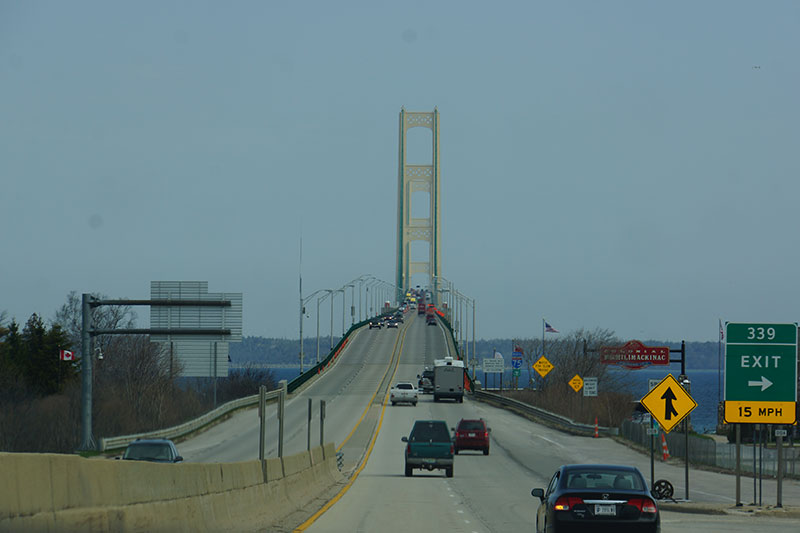 The Upper Peninsula contains 29% of the land area of Michigan but just 3% of its total population. Residents are frequently called Yoopers (derived from “U.P.-ers”) and have a strong regional identity. Large numbers of Finnish, Swedish, Cornish, and Italian immigrants came to the Upper Peninsula, especially the Keweenaw Peninsula, to work in the area’s mines. The peninsula includes the only counties in the United States where aplurality of residents claim Finnish ancestry.[1]

Ordered by size, the peninsula’s largest cities are Marquette, Sault Ste. Marie, Escanaba, Menominee, Houghton, and Iron Mountain. The land and climate are not very suitable for agriculture because of the long harsh winters. The economy has been based on logging, mining, and tourism. Most mines have closed since the “golden age” from 1890 to 1920. The land is heavily forested and logging remains a major industry. 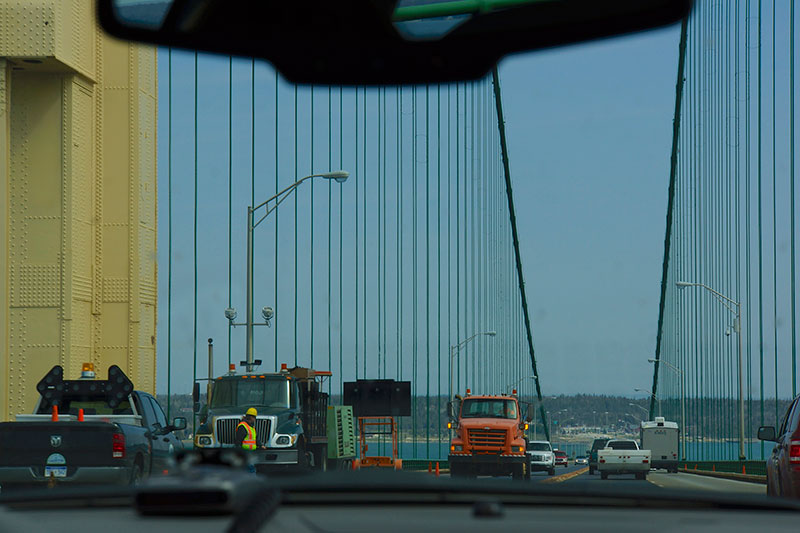 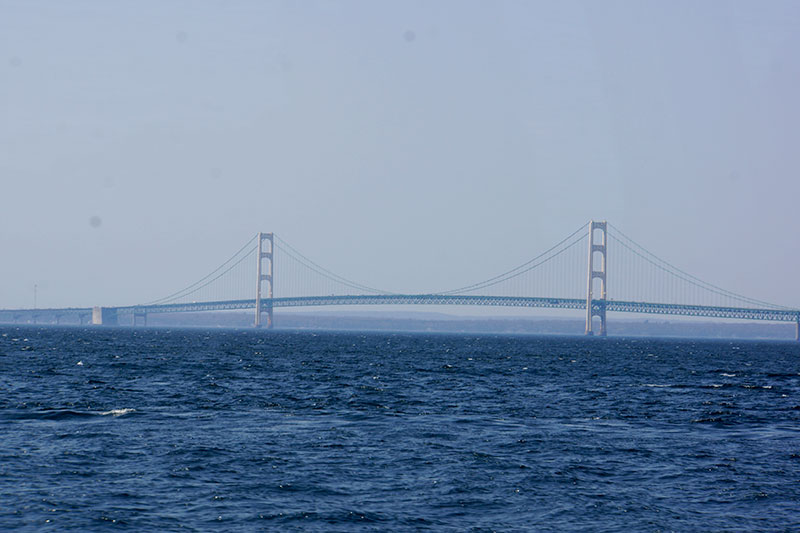 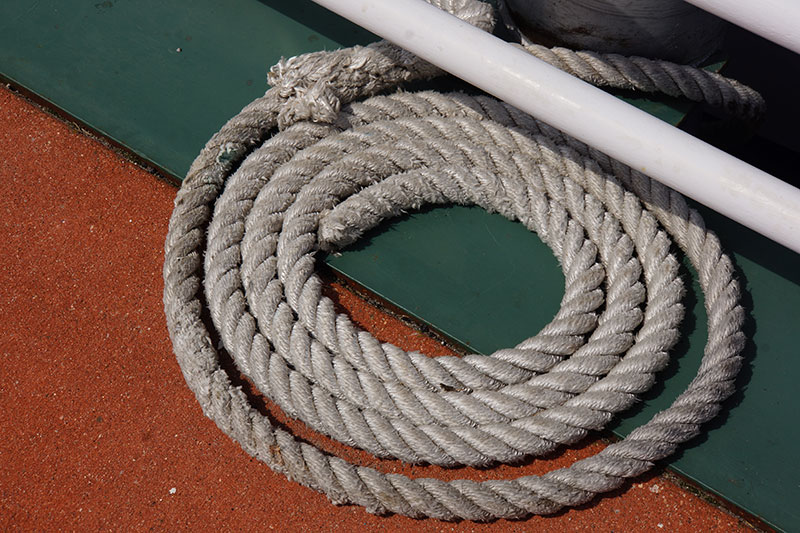 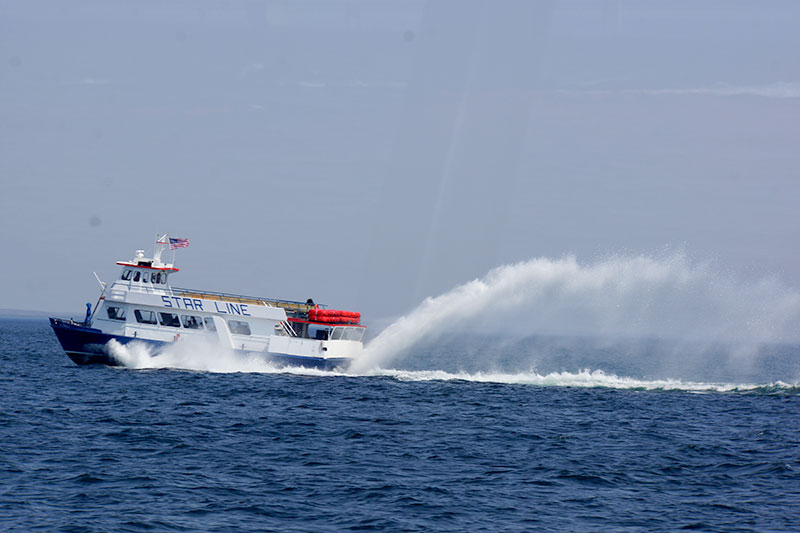 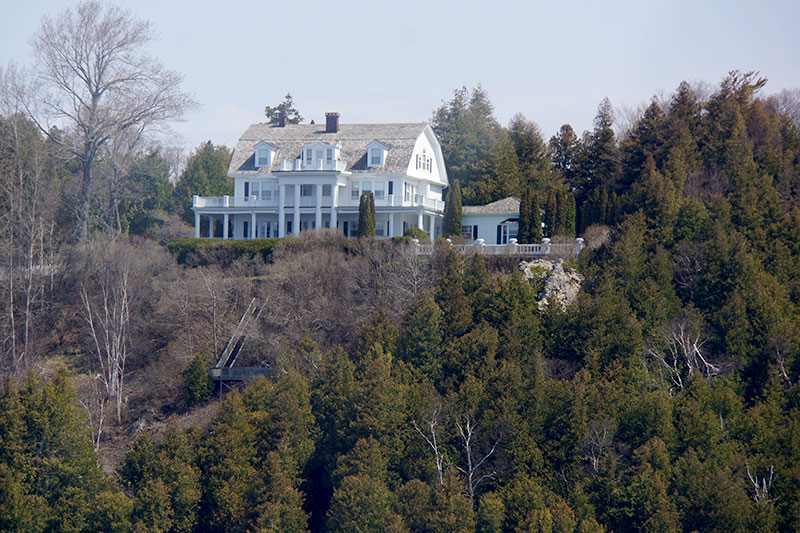 First peak at our destination! 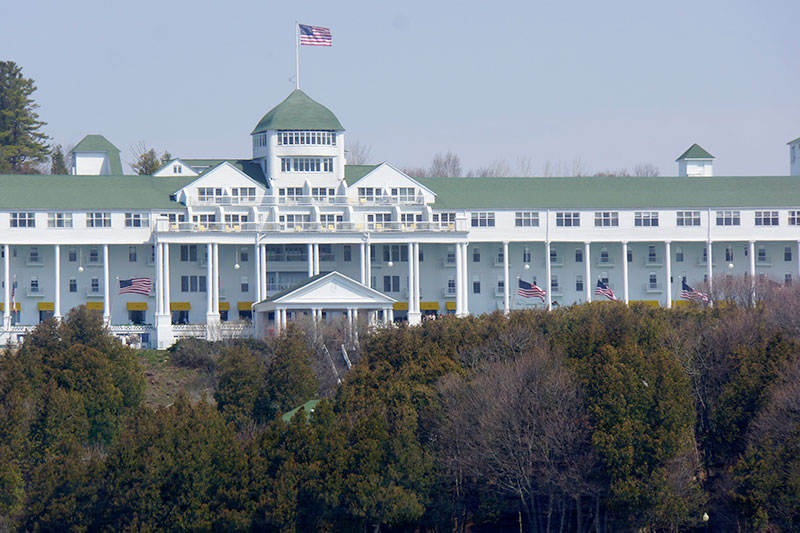 Mackinac Island (/ˈmækɨnɔː/ mak-in-aw) is an island and resort area, covering 3.8 square miles (9.8 km2) in land area, in the U.S. state of Michigan. It is located in Lake Huron, at the eastern end of the Straits of Mackinac, between the state’s Upper and Lower Peninsulas.[5] The island was home to a Native American settlement before European exploration began in the 17th century. It served a strategic position amidst the commerce of the Great Lakes fur trade. This led to the establishment of Fort Mackinac on the island by the British during the American Revolutionary War. It was the site of two battles during the War of 1812.[6]

In the late 19th century, Mackinac Island became a popular tourist attraction and summer colony. Much of the island has undergone extensive historical preservation and restoration; as a result, the entire island is listed as a National Historic Landmark. It is well known for its numerous cultural events; its wide variety of architectural styles, including the famous Victorian Grand Hotel; its fudge; and its ban on almost all motor vehicles. More than 80 percent of the island is preserved as Mackinac Island State Park.[7] 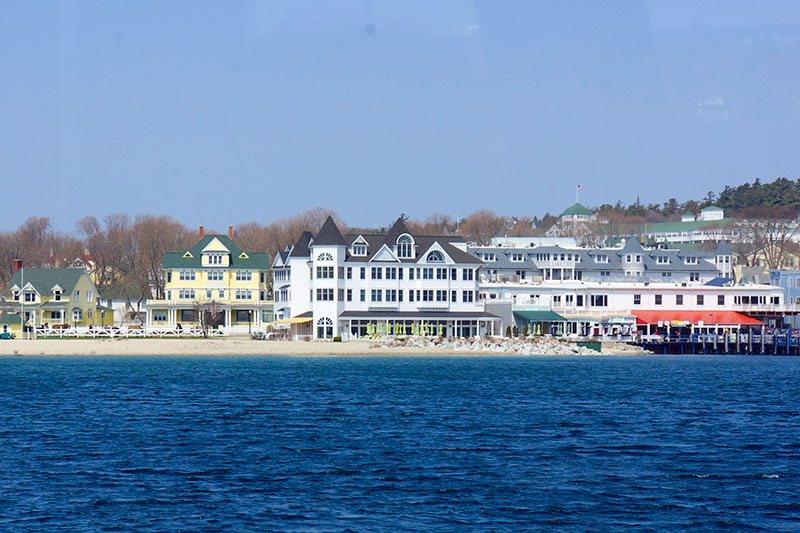 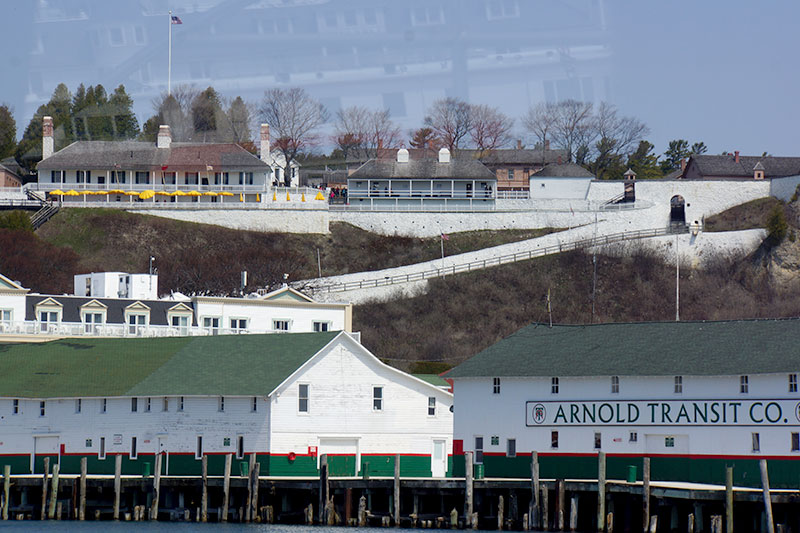 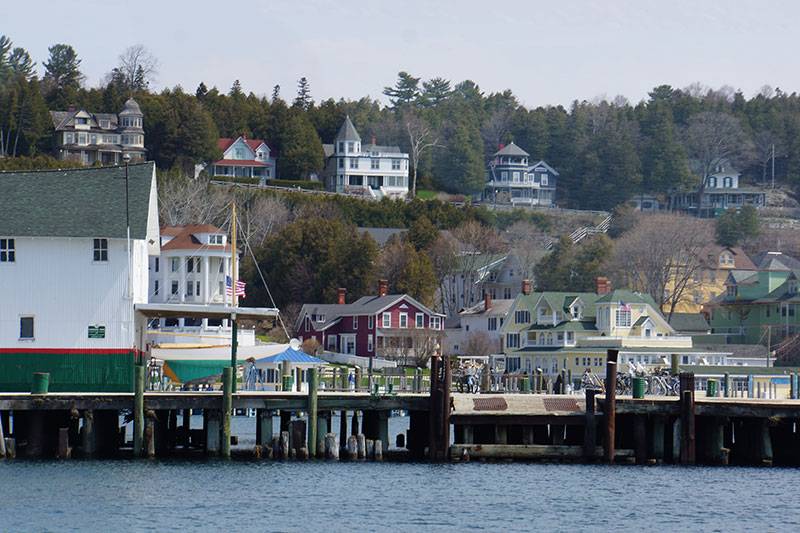 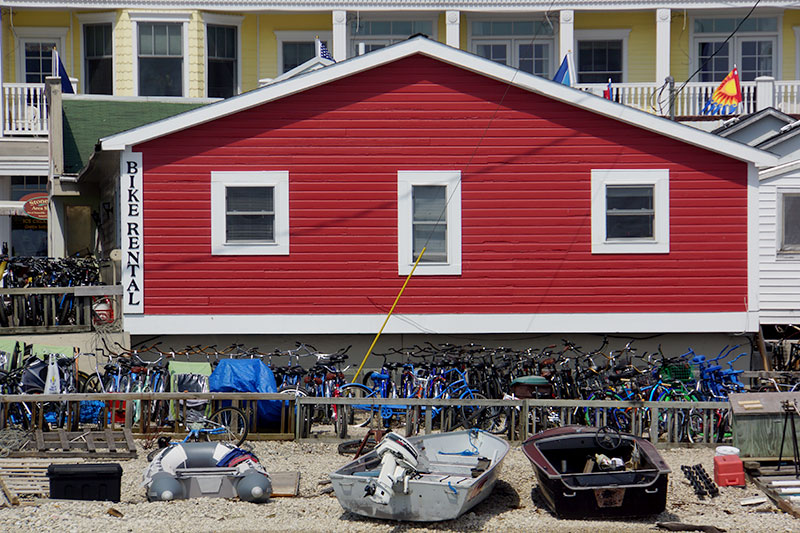 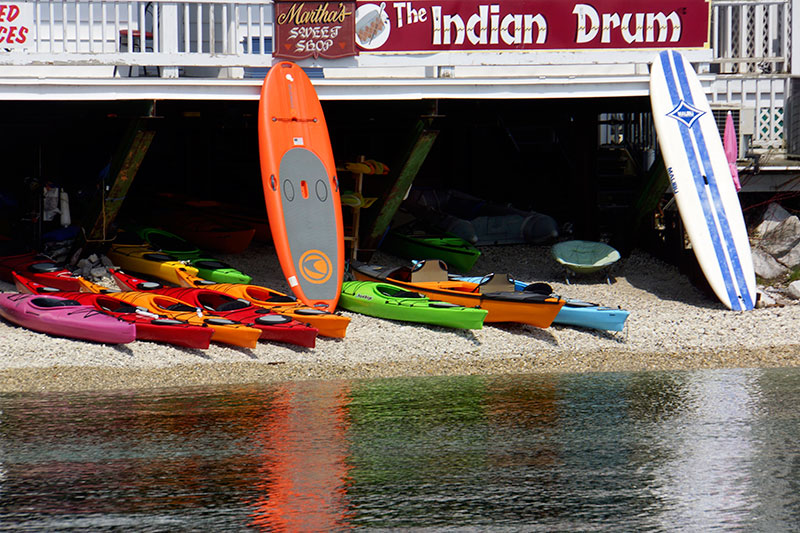 Arriving in the land of Charm….

Such geraniums! It does not become us poor mortals to be vain—but, really, my geraniums! (Mary Mitford, Our Village) 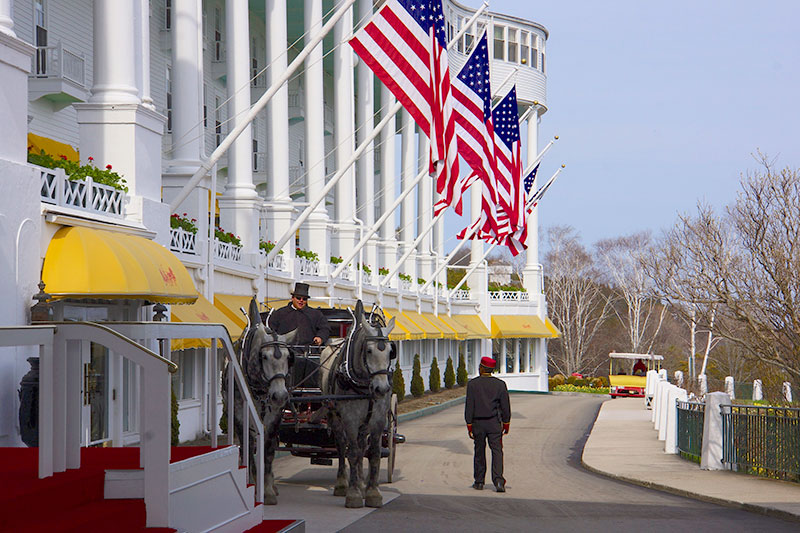 Grand Hotel is a member of Historic Hotels of America, the official program of the National Trust for Historic Preservation. [7]

In 1886, the Michigan Central Railroad, Grand Rapids and Indiana Railroad, and Detroit and Cleveland Steamship Navigation Company formed the Mackinac Island Hotel Company. The group purchased the land on which the hotel was built and construction began, based upon the design by Detroit architects Mason and Rice. When it opened the following year, the hotel was advertised to Chicago, Erie, Montreal and Detroit residents as a summer retreat for vacationers who arrived by lake steamer and by rail from across the continent. At its opening, nightly rates at the hotel ranged from US$3 to US$5 a night.

[9]Grand Hotel’s front porch is purportedly the longest in the world at some 660 feet (200 m) in length, overlooking a vast Tea Garden and the resort-scale Esther Williams swimming pool. These areas are often used by guests on a casual family vacation, for large conventions, or concerts during the hotel’s annual Labor Day Jazz Festival. The hotel has drawn some criticism for its charging a $10 fee for non-guests to enter the building and enjoy the view from the famous porch.[10]

The hotel also hosted the first public demonstration of Thomas Edison‘s phonograph on the porch and regular demonstrations of other new inventions were often conducted during Edison’s frequent stays. Mark Twain also made this a regular location on his speaking tours in the midwest.[11

The Town…..walking and wining and dining…. 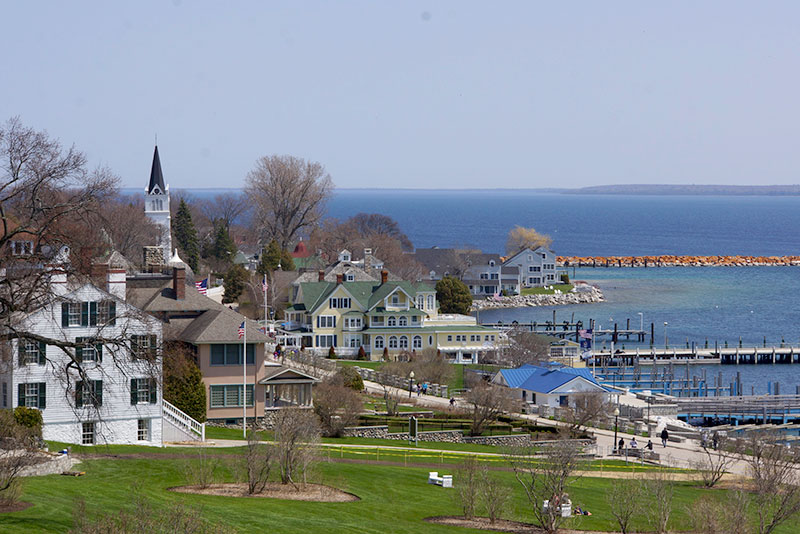 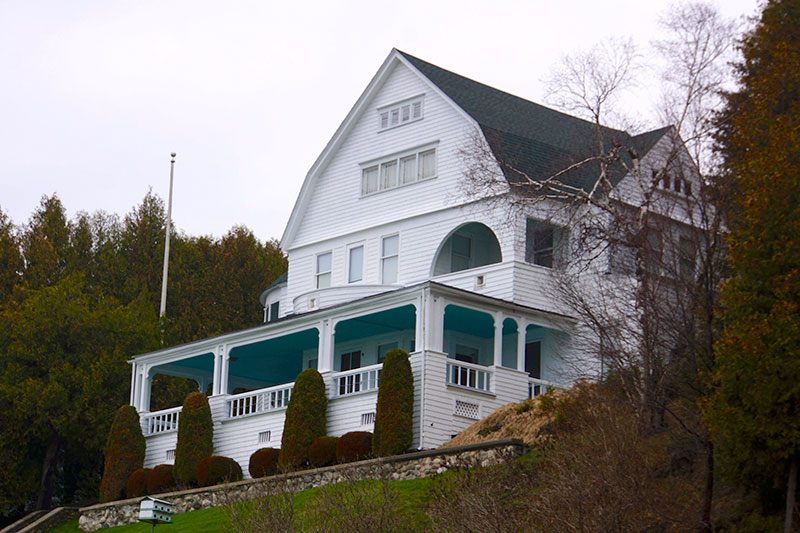 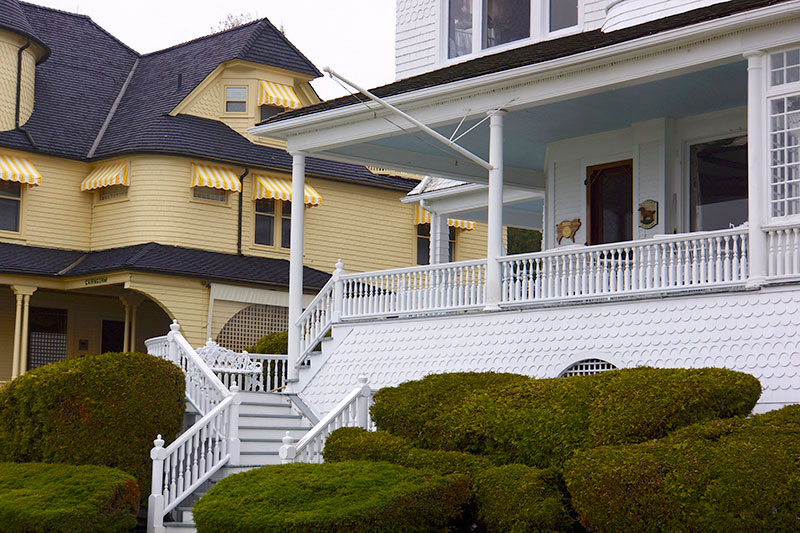 And it’s over …way to soon…Early morning departure… 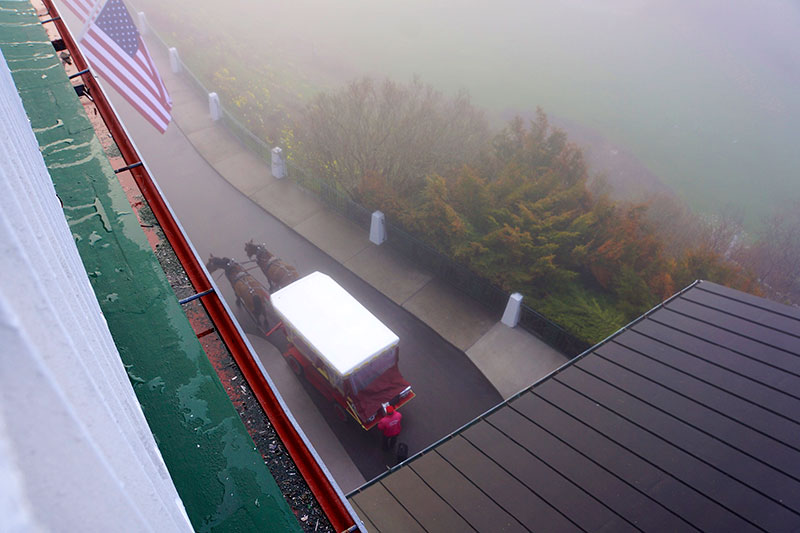 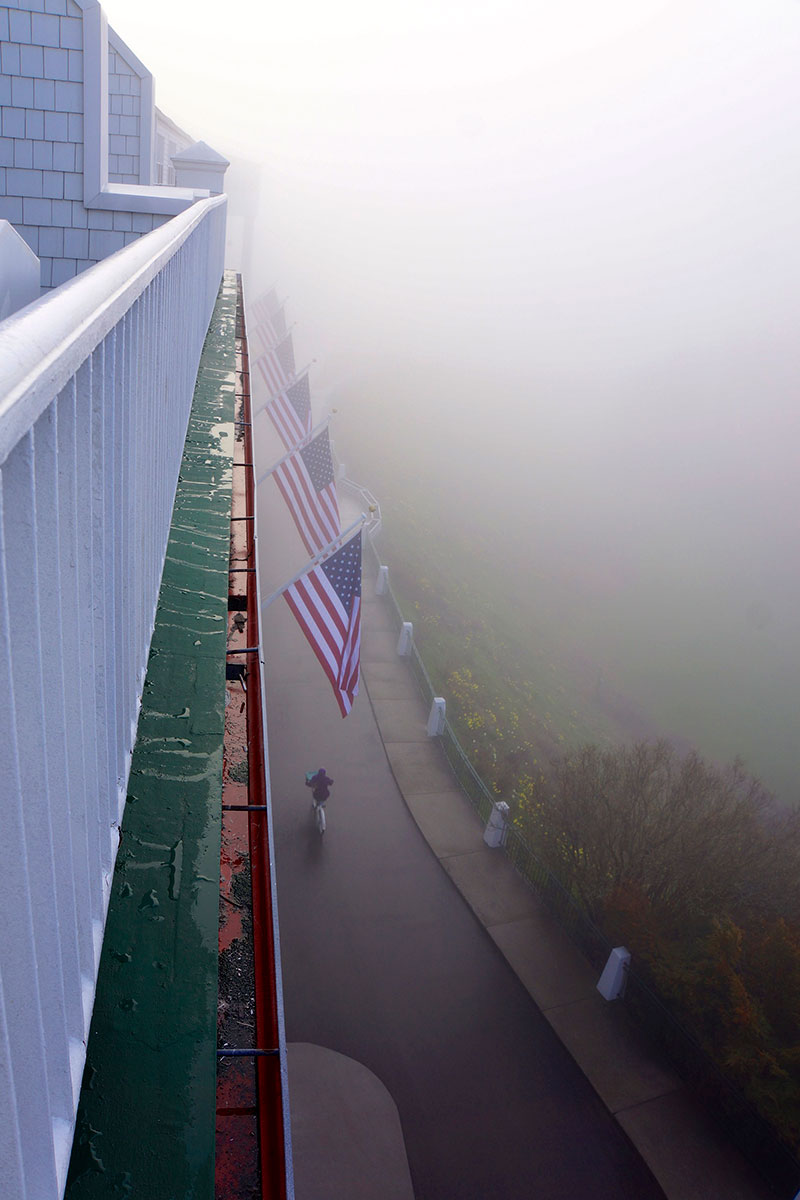 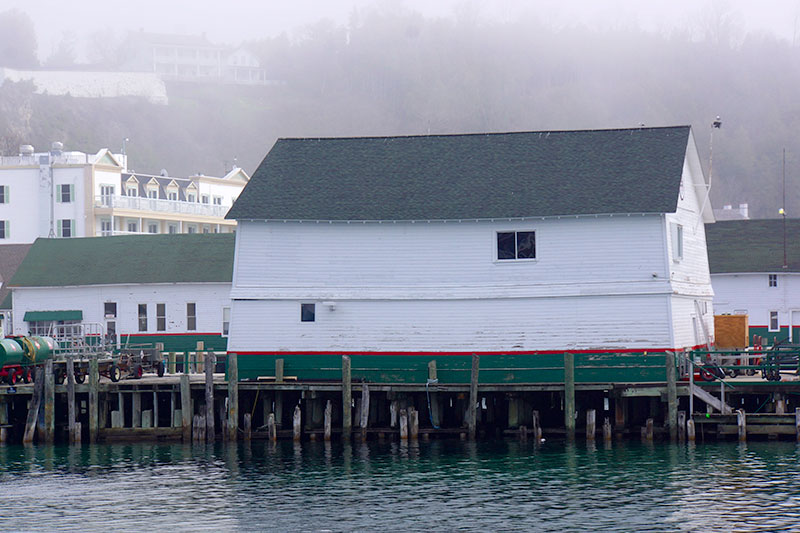 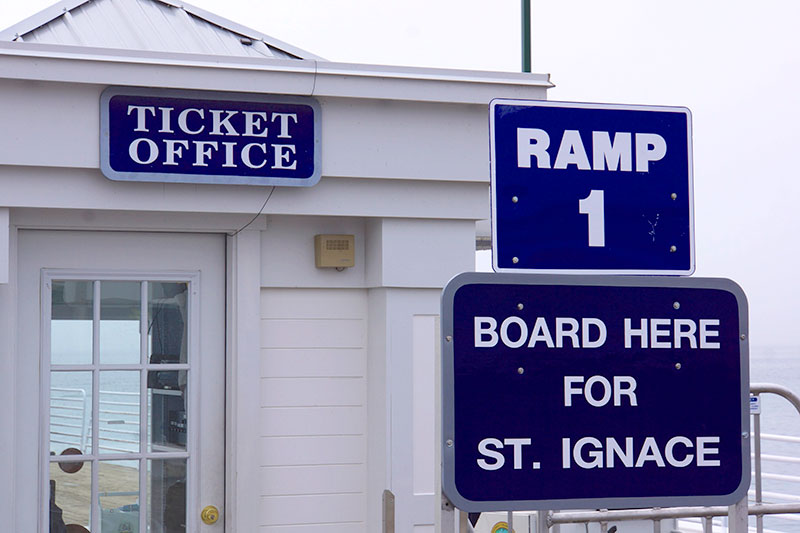 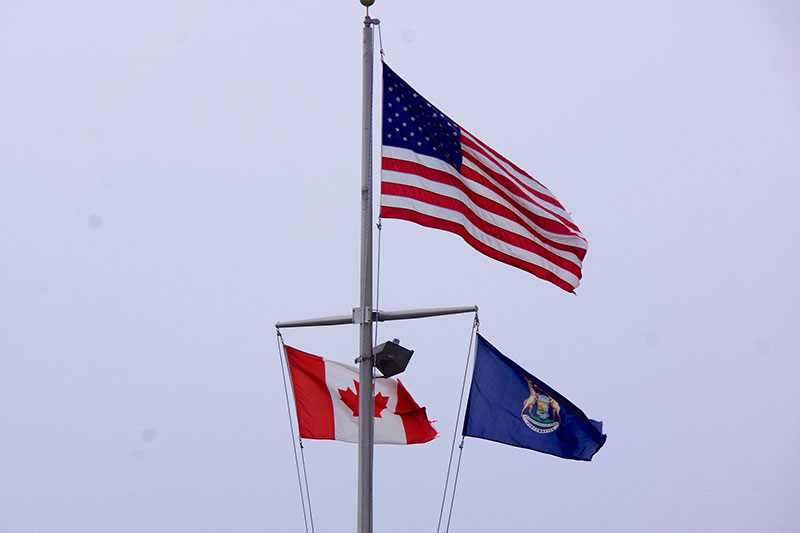 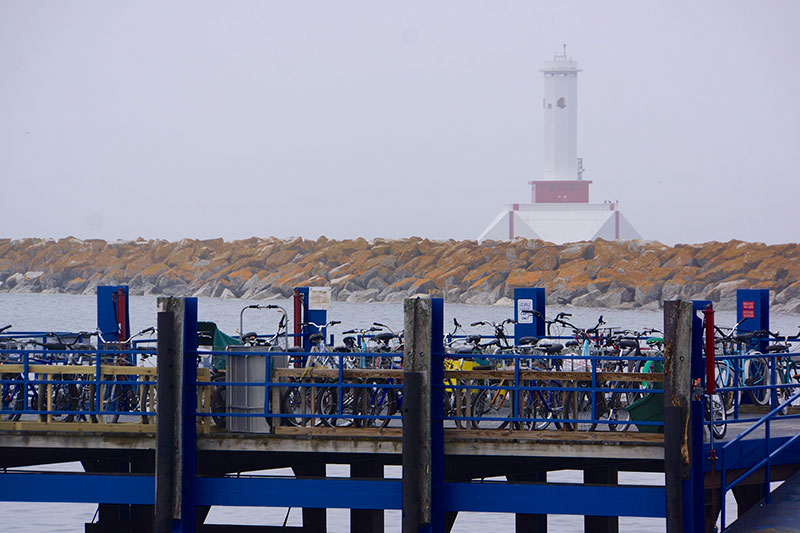 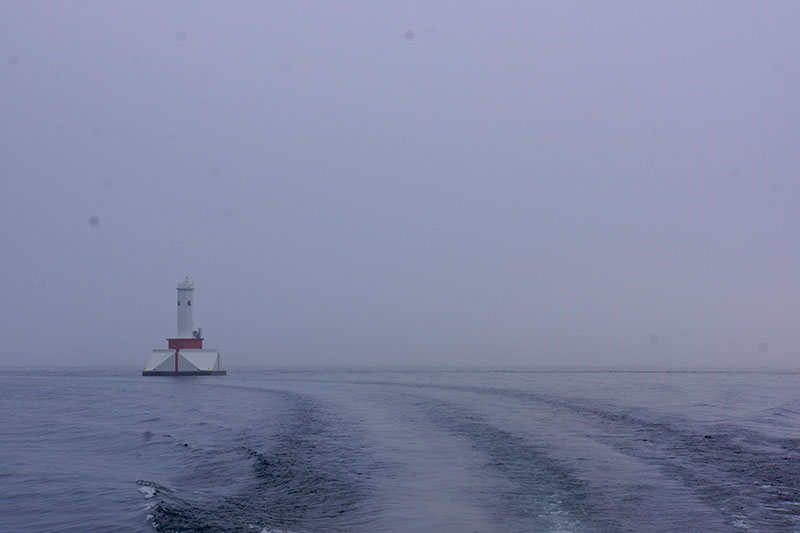