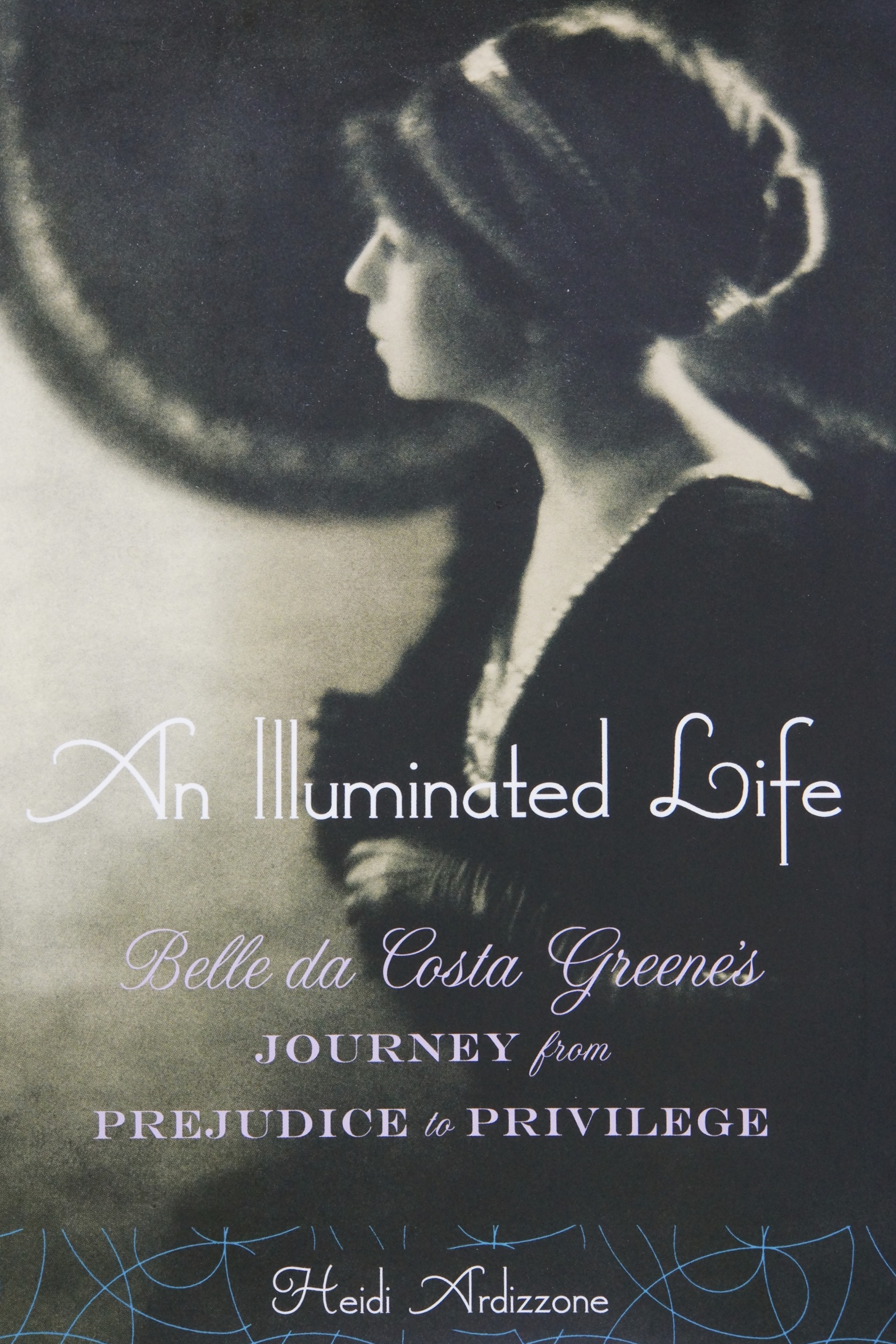 I found of a copy of this book in the Morgan Library bookshop and bought it on the recommendation of the gal behind the counter.  It’s the story of Morgan’s librarian.  It’s fascinating.  Bella Greenwas there the night Morgan hosted (hijacked) all the prominent bankers of the banking coalitions into his library with the understanding that they would not leave before there was a plan in place to halt the Panic of 1907.  Bella ran the notes back and forth between Morgan and the bankers in his library.  When she asked him what the solution was he told he didn’t don’t but did know that if they were in there long enough they would come up with one. 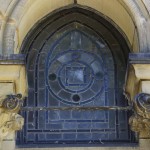 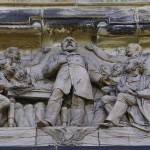 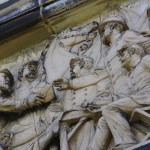 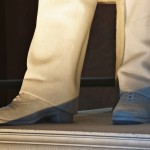 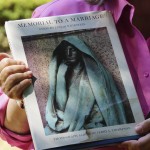 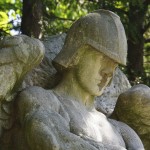 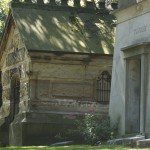 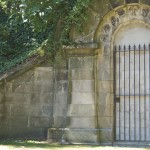 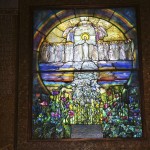 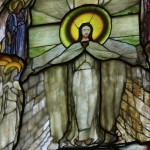 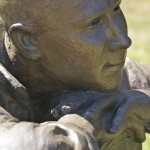 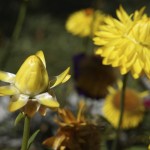 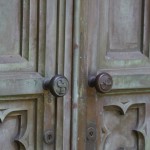 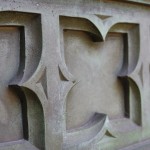 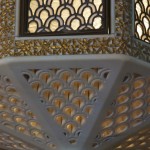 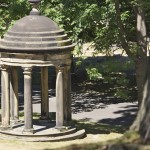 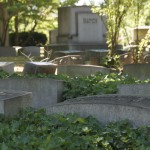 I was digging for the story about how John D Rockefeller buried his wife in Lakeview Cemetery in the middle of the night to avoid being served an outstanding subpoena for tax evasion in Cleveland, when I happened upon a few interesting items about our mystical Lakeview Cemetery, including the story I was looking for in Chernow’s book “The Titan”

Lake View Cemetery is located on the east side of the City of Cleveland, Ohio, along the East Cleveland and Cleveland Heights borders. There are over 104,000 people buried at Lake View, with more than 700 burials each year.

Lake View Cemetery was founded in 1869 and sits on 285 acres (1.15 km2) of land.[1]:98 The cemetery is so named because it is partially located in the “heights” area of Greater Cleveland, with a view of Lake Erie to the north. It was modeled after the great garden cemeteries of Victorian era England and France. The Italian stonemasons brought in to create the Cemetery founded the Cleveland neighborhood of Little Italy just to its southwest.

The James A. Garfield Memorial is the most prominent point of interest at Lake View Cemetery. The ornate interior features a large marble statue, stained glass, bas relief, and various historical relics from Garfield’s life and presidency. The monument also serves as a scenic observation deck and picnic area. President and Mrs. Garfield are entombed in the lower level crypt, their coffins placed side by side and visible to cemetery visitors.

The other prominent structure in the cemetery is the Wade Chapel. A small-but-magnificent chapel with Tiffany windows and elaborate Biblically-inspired mosaics on the walls, the edifice is still used for small weddings and located north and down the hill from the Garfield monument. Behind the chapel is a large pond.

The cemetery is among those profiled in the 2005 PBS documentary A Cemetery Special.

Ormond Beach, Fla., May 23.–John D. Rockefeller Sr., who wanted to live until July 9, 1939, when he would have rounded out a century of life, died at 4:05 A.M. here today at The Casements, his Winter home, a little more than two years and a month from his cherished goal.

Death came suddenly to the founder of the great Standard Oil organization–so suddenly that none of his immediate family was with him at the end. Less than twenty-four hours before the aged philanthropist died in his sleep from sclerotic myocarditis, his son, John D. Rockefeller Jr., had been assured that there was nothing about his father’s condition to cause concern.

Long since retired from active participation in business, he had given most of his great fortune to his heirs before he died, and close associates expressed doubt today that his estate, which they said was relatively small and very liquid, would amount to as much as $25,000,000.

Soon after word of Mr. Rockefeller’s death reached New York a special car was sent to Florida to bring back his body and plans were made for a simple private funeral on Wednesday from his official residence at Pocantico Hills, where he had planned to celebrate his ninety-eighth birthday next July.

Burial to Be in Cleveland

Burial will be Thursday in Lakeview Cemetery, Cleveland, where Mr. Rockefeller got his business start as a $12-a-month clerk. In accordance with his wishes he will be buried beside his wife, Laura Spelman Rockefeller, who died more than twenty years before him.

Laura Spelman was born in Wadsworth, Ohio in 1839 to German American Harvey Buell Spelman and Lucy (Henry) Spelman, Yankees who had moved to Ohio from Massachusetts. Harvey was an abolitionist who was active in the Congregationalist Church, the Underground Railroad, and in politics. The Spelmans eventually moved to Cleveland, Ohio. In Cleveland, Cettie met John D. Rockefeller; they attended accounting classes together. She later returned to New England to attend Oread Institute, with plans to become a schoolteacher.

After returning to Ohio to teach, Spelman married Rockefeller in 1864. Following her wedding, Cettie remained active in the church (she joined Rockefeller’s congregation, the Northern Baptists) and with her family. Once the family business, Standard Oil, began to take off, she further devoted her time to philanthropy and her children.

Throughout their lives, the Rockefeller family continued to donate ten percent of their income to charity, including substantial donations to Spelman College.

Laura Spelman Rockefeller died at age 75 of a heart attack, at the family estate Kykuit in Pocantico Hills, NY.

Grabowski tells a well-known tale of Rockefeller’s visit to the factory where his workers made barrels to ship kerosene. When Rockefeller noticed the employees used 22 drops of solder to seal each barrel, he asked if they could use 20 instead. When the new barrels leaked, he instructed them to use 21 drops of solder. Those barrels didn’t leak, and Rockefeller saved one drop of solder on every barrel made.

“That was the type of mentality that drove him,” says Grabowski. “I think what epitomizes the late 19th century is rationalization, order and scientific management of business. The thing Rockefeller brought to Cleveland, and to the industry in general, was a rationality and focus.”

Even after such a lengthy relationship with Cleveland, Rockefeller’s last days in Cleveland set off a bitter tax dispute with county officials.

During the winter of 1913-1914, Rockefeller lived at his Forest Hills estate on the East Side of Cleveland, tending to his ailing wife Cettie. Although he had paid taxes as an official resident of New York since the 1880s, he could not leave Cleveland by the Feb. 3 tax deadline because of his wife’s frail condition, a move that triggered rabid pursuit by county tax collectors.

“To Cuyahoga County, this obviously looked like manna from heaven,” says Grabowski. “Here’s the world’s richest man and he’s suddenly liable for personal property taxes. They went after him with a vengeance. When Cettie died, he left and he never returned after that, except to be buried.”

The dogged persistence with which county officials trailed Rockefeller during the tax dispute, which was ruled illegal by the courts, seemed to taint Rockefeller’s relationship with Cleveland. In Ron Chernow’s voluminous biography “Titan,” he cites an archived interview in which Rockefeller compared his new home of New York to his hometown: “New York has always treated me more fairly than Cleveland, much more.”

But he also admitted that despite this tainted mark, Cleveland offered one business benefit few other commerce centers at the time could — access to different transportation networks. For a business that moved its product in large volume, Rockefeller found Cleveland strategically located. He often played the railways against the waterways, with a low transportation price his valuable prize.

“Because pf the virulent tax dispute, Rockefeller could not bury Cettie in the family plot in Cleveland without facing a subpoena and had to postpone the burial.  To the press he contrived a saccharine story that he could not bear to part with her remains.  “I want to keep her with me as long as I can.” For four and a half months, he stored her casket in the green granite mausoleum of the Archbold family at Sleepy Hollow Cemetery in Tarrytown which was patrolled at all hours by two armed guards.

The casket was finally moved to Cleveland under top-secret conditions.  During a pelting rain and hail storm, two guards were sent down to the cemetery gate to pick up some decorative plants for the vault-a diversionary tactic that distracted them for 25 minutes.  While they were away a local undertaker named Vanderbilt drove up to the vault, peeled away the flower covered pall, removed Cettie’s casket from its container, substituted a new empty casket, then replaced the pall and flowers.  Once he had executed the switch, Vanderbilt drove out the front gate with Cettie’s coffin hidden inside a rough, plain, unmarked box.  Driving to the Harmon Station of the Lakeshore Railroad, the undertaker loaded the box