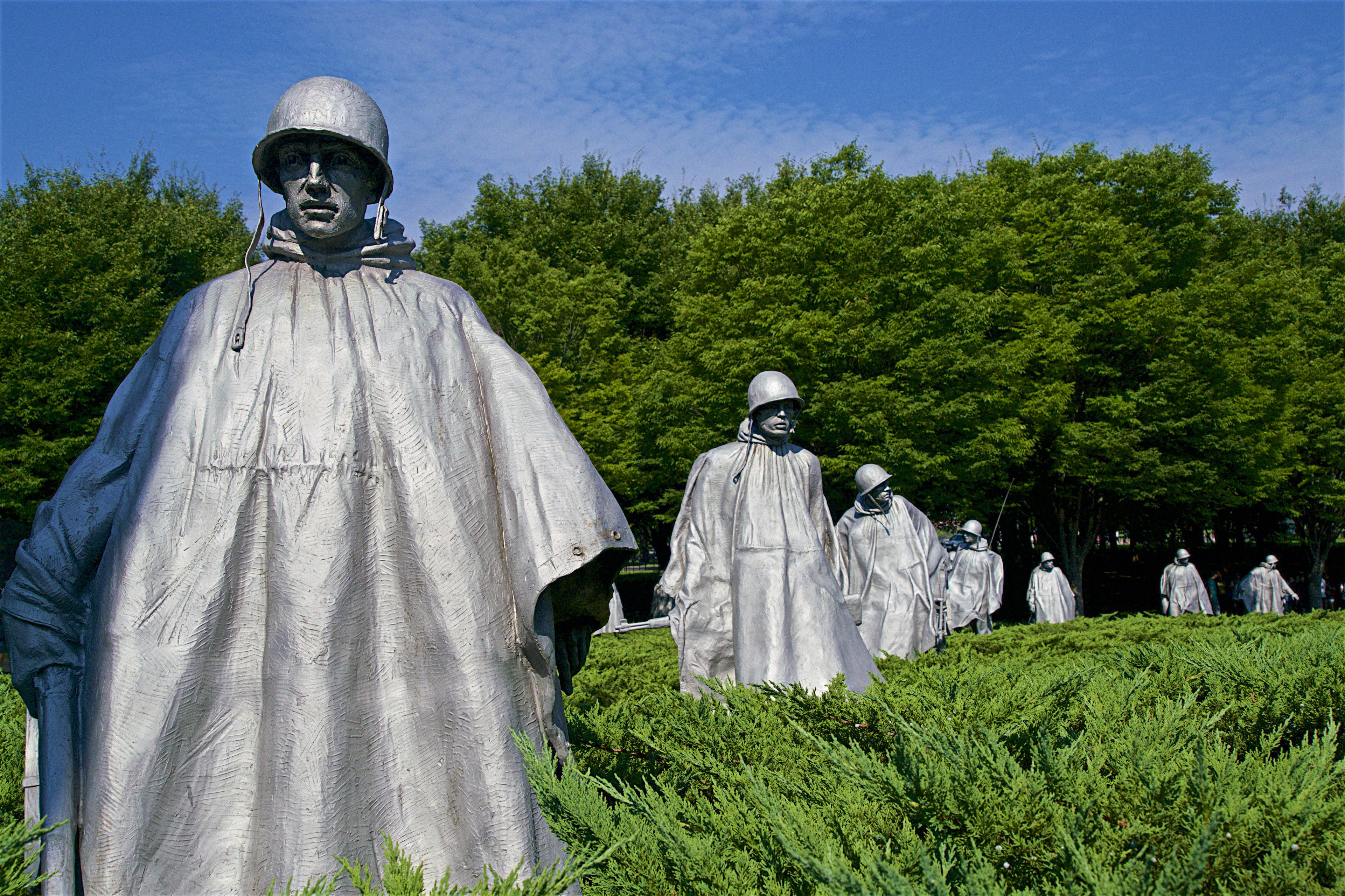 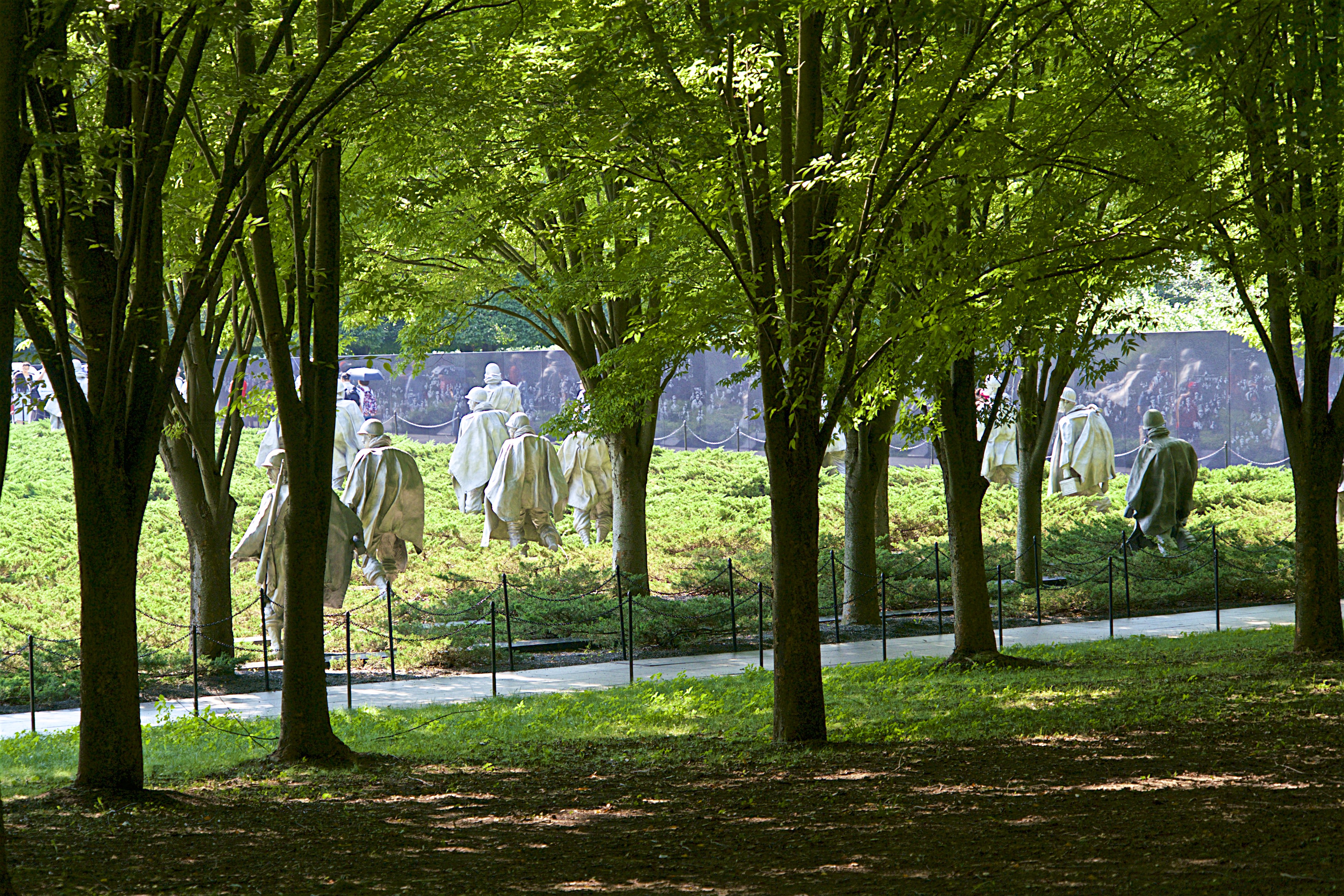 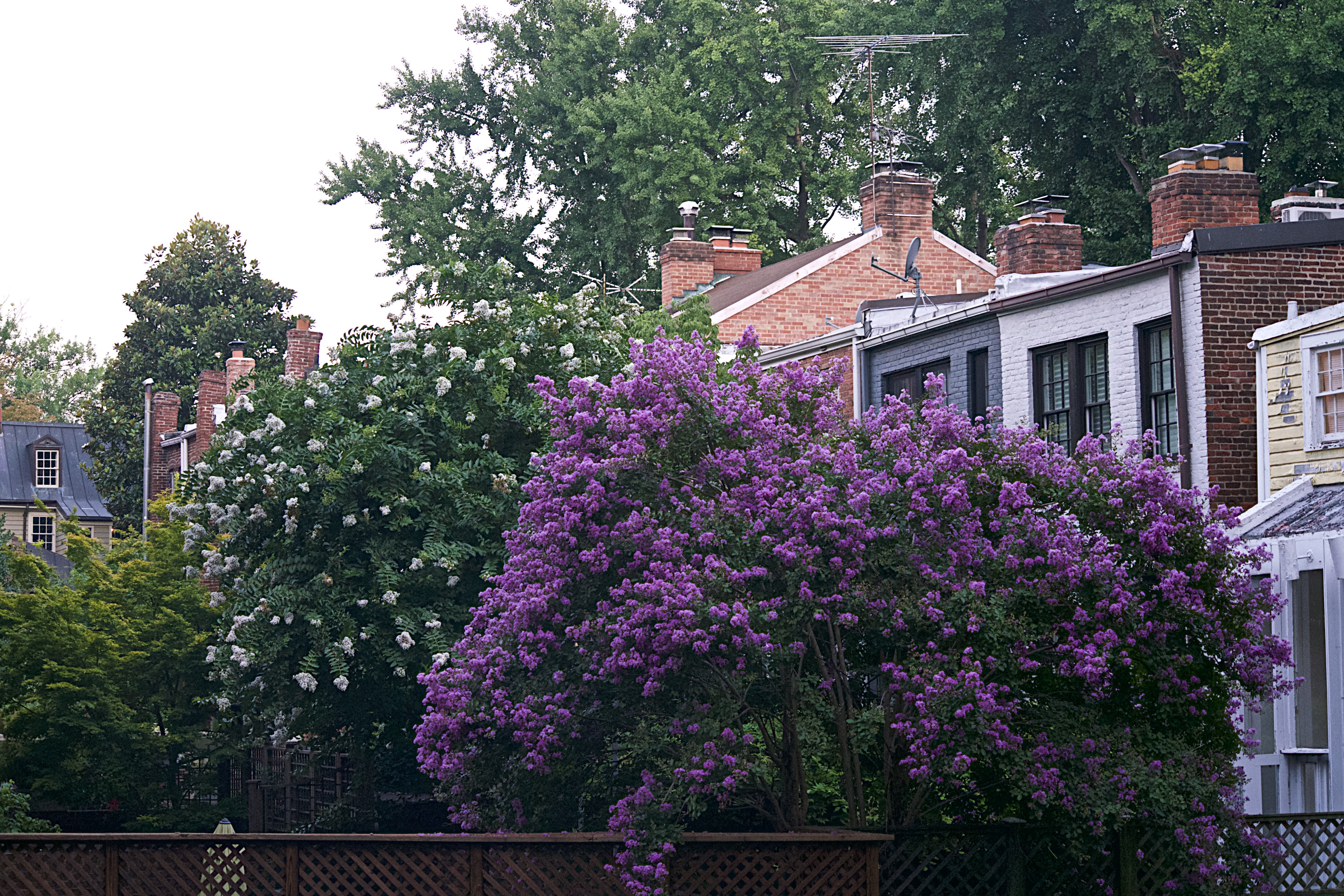 Crepe Myrtle..It comes in 51 flavors and is everywhere! Summer Beautiful! 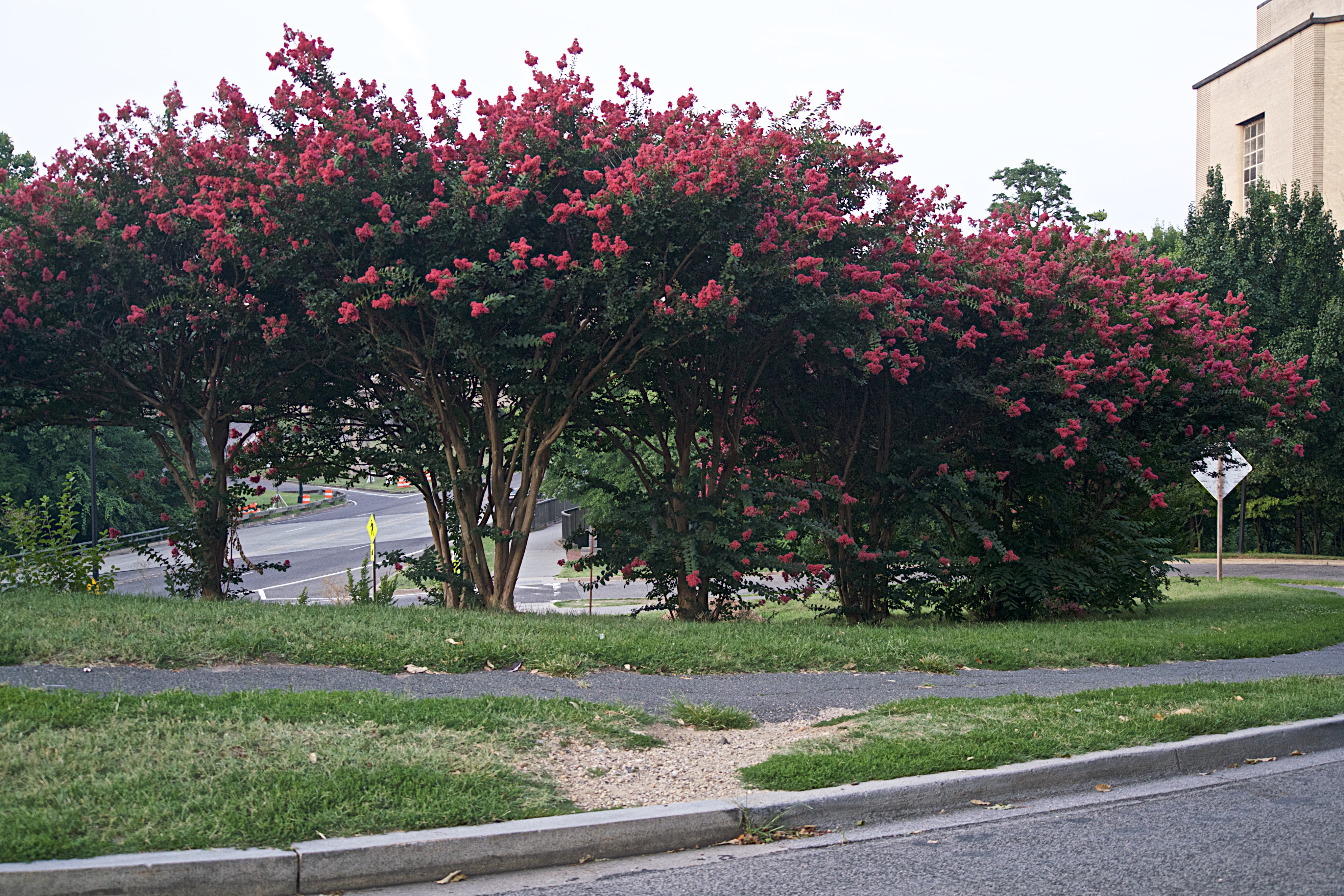 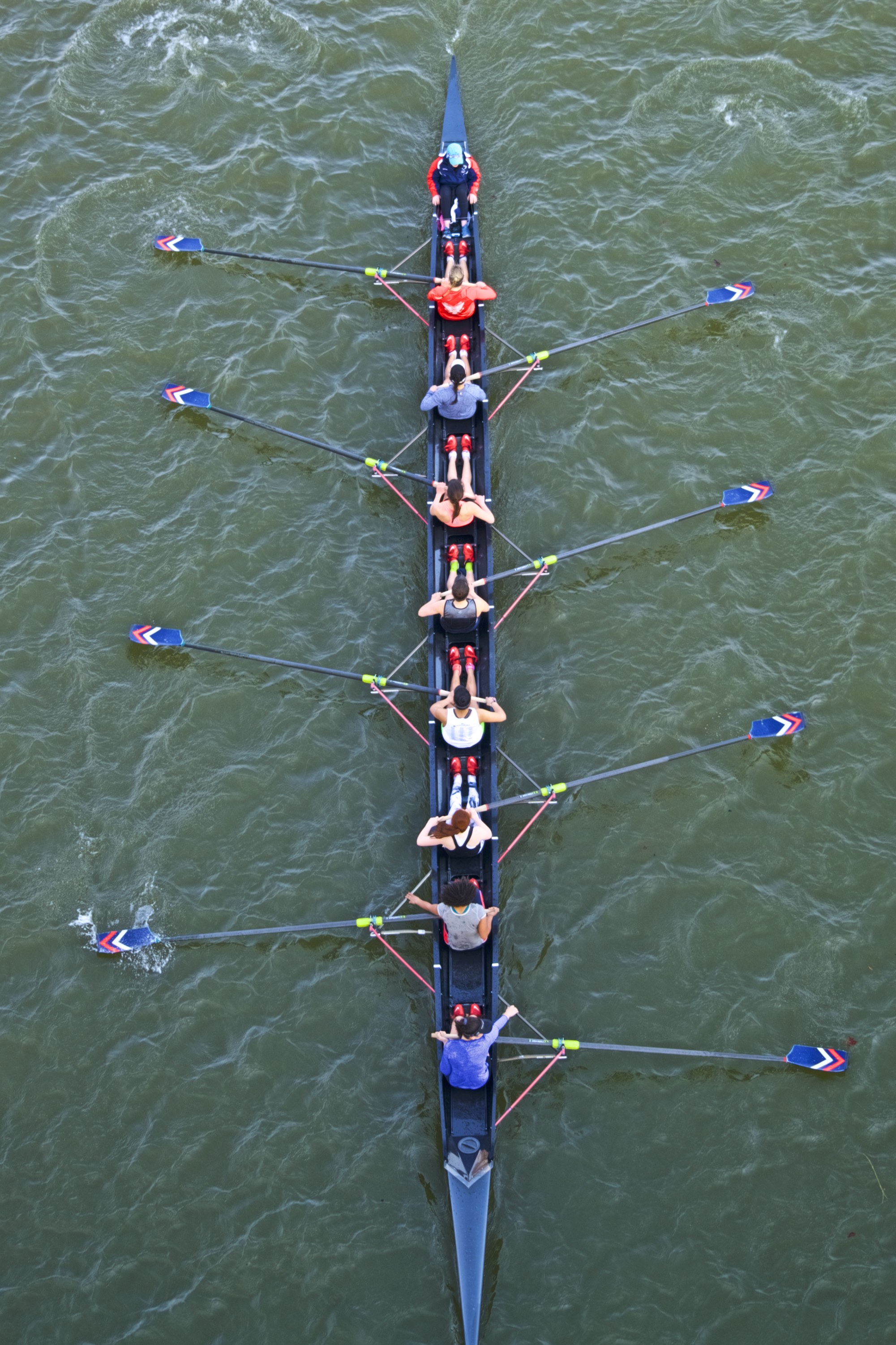 “It is hard to make that boat go as fast as you want to. The enemy, of course, is resistance of the water, as you have to displace the amount of water equal to the weight of men and equipment, but that very water is what supports you and that very enemy is your friend. So is life: the very problems you must overcome also support you and make you stronger in overcoming them. —George Yeoman Pocock”

― Daniel James Brown, The Boys in the Boat: Nine Americans and Their Epic Quest for Gold at the 1936 Berlin Olympics 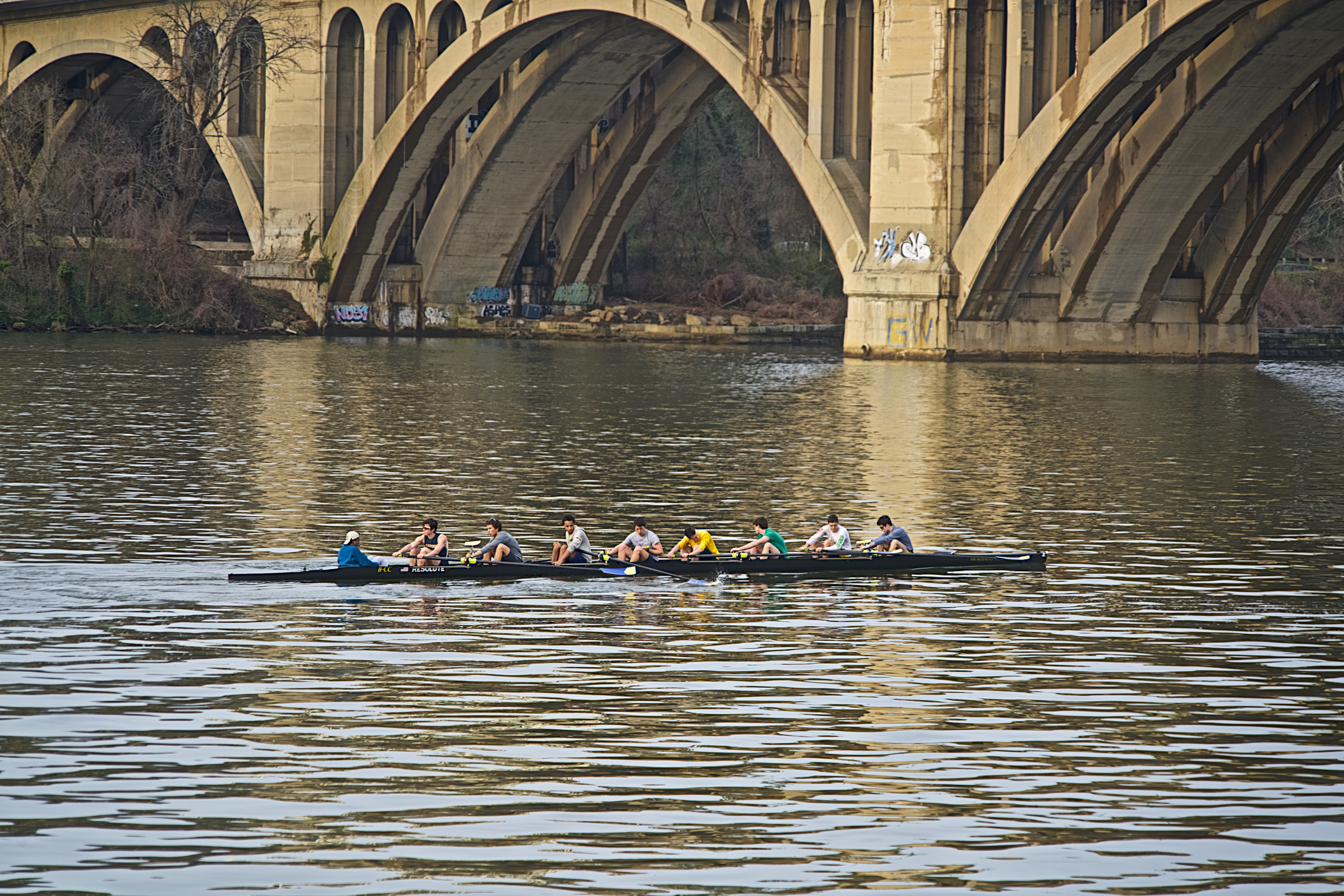 Where Rock Creek flows into the Potomac, between the Kennedy Center and the Georgetown Waterfront, a boathouse has been home to rowers since the late 1800’s. Thompson Boathouse serves 14 high schools and 2 universities, along with endless other activity.  It’s one of the few mega boathouse in the country.

Rowing is the oldest intercollegiate sport in the United States.

Rowing at Georgetown has a distinguished history dating back to the founding of the Boat Club in 1876.

The rowing blade features blue and gray, the team’s colors since 1876.

Under the guidance of coaches Luke Agnini and Steve Full, Georgetown competes as a member of the top leagues in American rowing, the Eastern Association of Rowing Collegesand Eastern Association of Women’s Rowing Colleges. Georgetown’s four crew teams have seen success in recent years, including trips to the Henley Royal Regatta and entry into the Eastern Sprints for the men’s heavyweight and lightweight teams and second-in-the-nation finishes for both men’s and women’s lightweight teams.[33][34] Many Georgetown oarsmen and -women have gone on to represent the United States on national and Olympic teams.[35] 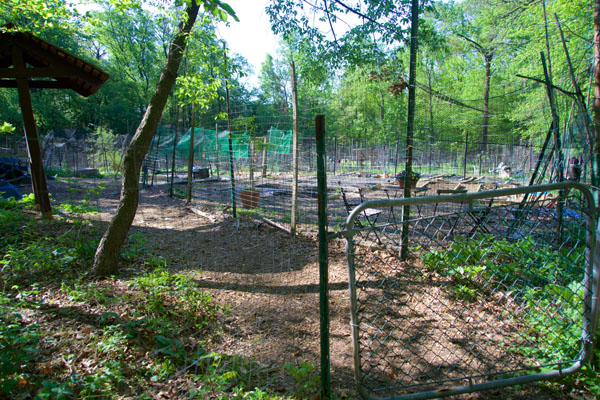 The Majestic Hacienda!     Our maiden voyage to Mexico!  As we were getting ready for our trip, everyone I spoke to had already been to Mexico?  Ah, but mostly to the well recognized beaches and resorts.  We flew into Mexico City and had a driver waiting who was taking us on a 2 hour drive to a very remote area in the central southern part of the country.  We had the best of all worlds, our groom and family are Mexican and our bride is an American who went to such great lengths to bring the authentic experience to her guests. 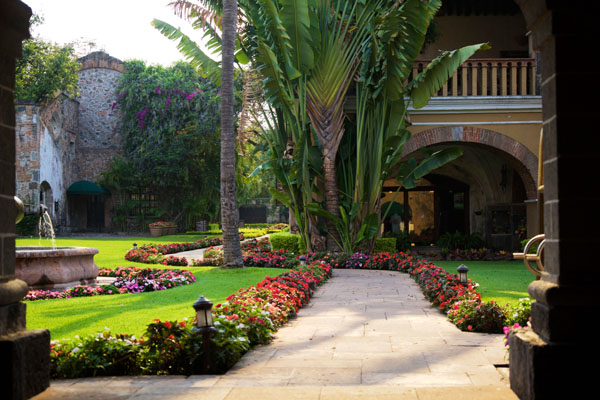 When we first arrived at our hacienda, I could not get over it!  I was totally overwhelmed by the …. beautiful flowers and vegetation, …the ancient stone, ….the unbelievable ceramic tile and the massive walls of distressed stucco. The ceilings in our room alone were at least 30 feet high. I have never seen anything so spectacular. It took me a couple of days to get used to it and process the abundance.

Each hacienda is unique and authentic, a step back in time.

As the story goes…it was Cortez who arrived in Mexico in the early 1500s.   He harnessed the locals into building massive estates with mansions in the State of Morelos surrounding the capital Ceurnavaca.

Ceurnavaca is known as the “City of Eternal Spring” because of its average annual daily temperature of 70 degrees and it’s lush vegetation.

These haciendas became the world’s largest sugar plantations during the 15 and 1600s.

The wedding that we attended was at a Hacienda San Gabriel de las Palmas, originally built as a Franciscan monastery in 1529 and was later converted to a sugar mill.

The property was so large that I wandered several times taking pictures without ever reaching the boundaries. 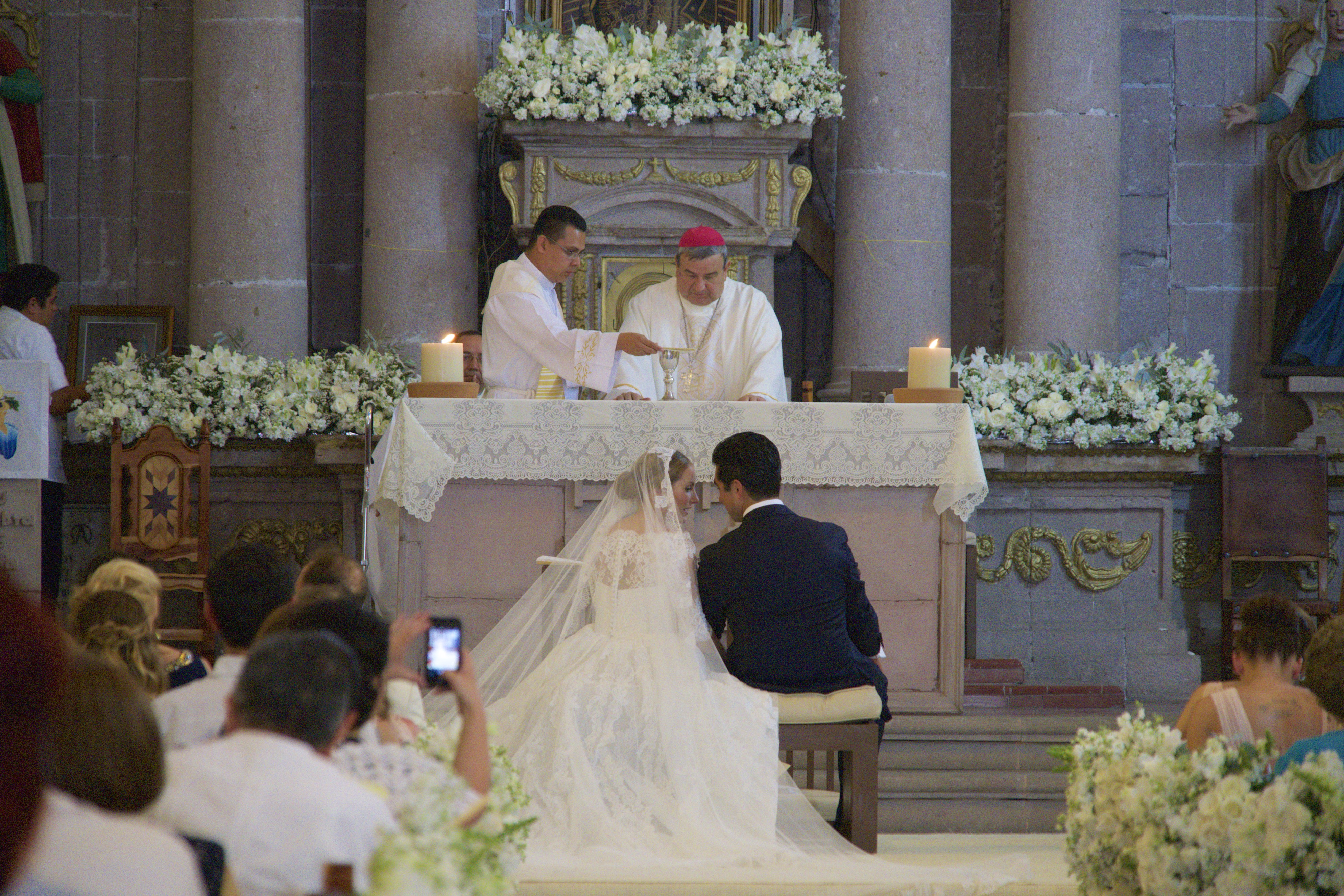 The wedding was grand!  It took place in the chapel on the grounds at 1:00 in the afternoon, followed by a lovely reception with 2 musicians around a flower filled pool behind a waterfall.   It continued on through dinner and a mariachi band that played into the wee hours of the night.  I could hear the monks from 500 years ago chanting!

I took to the streets on Palm Sunday morning.  It was quit the occasion with everyone at  their Sunday best! 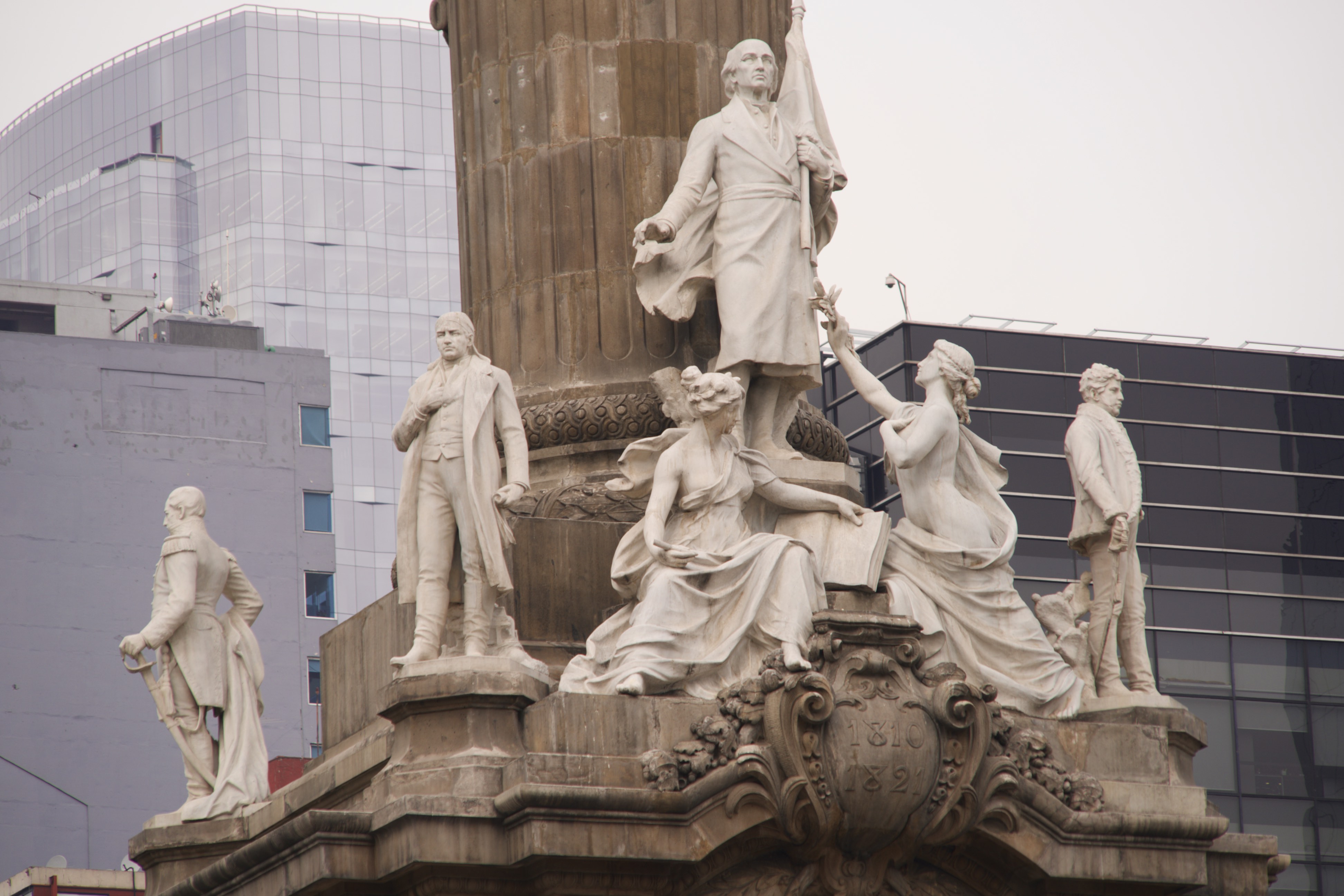 We concluded our trip with a couple of days in the city.  Although we just got a peak in the two days that we were there, 2 things I would mention are that we stayed at the JW Marriott in the neighborhood of Poblanco.  It was a great location for access to the city as well as neighborhood color, beauty and restaurants.  I heard it compared to NYC’s Upper East Side.  And, the morning of our departure for the wedding, the New York Times published a list of the best sites for finding local guides anywhere in the world.  I found and hired a guide by the name of Carlos before I was finished with my coffee.  He sent me a couple of emails before we met confirming our date and asking for any requests.  He picked us up at out hotel and took us around in the car and on foot for the next 5 – 6 hours.  We saw the main sights and had lunch at a charming little place in a quaint little neighborhood.  It was time well spent and well worth it just getting to know a little bit about Carlos. 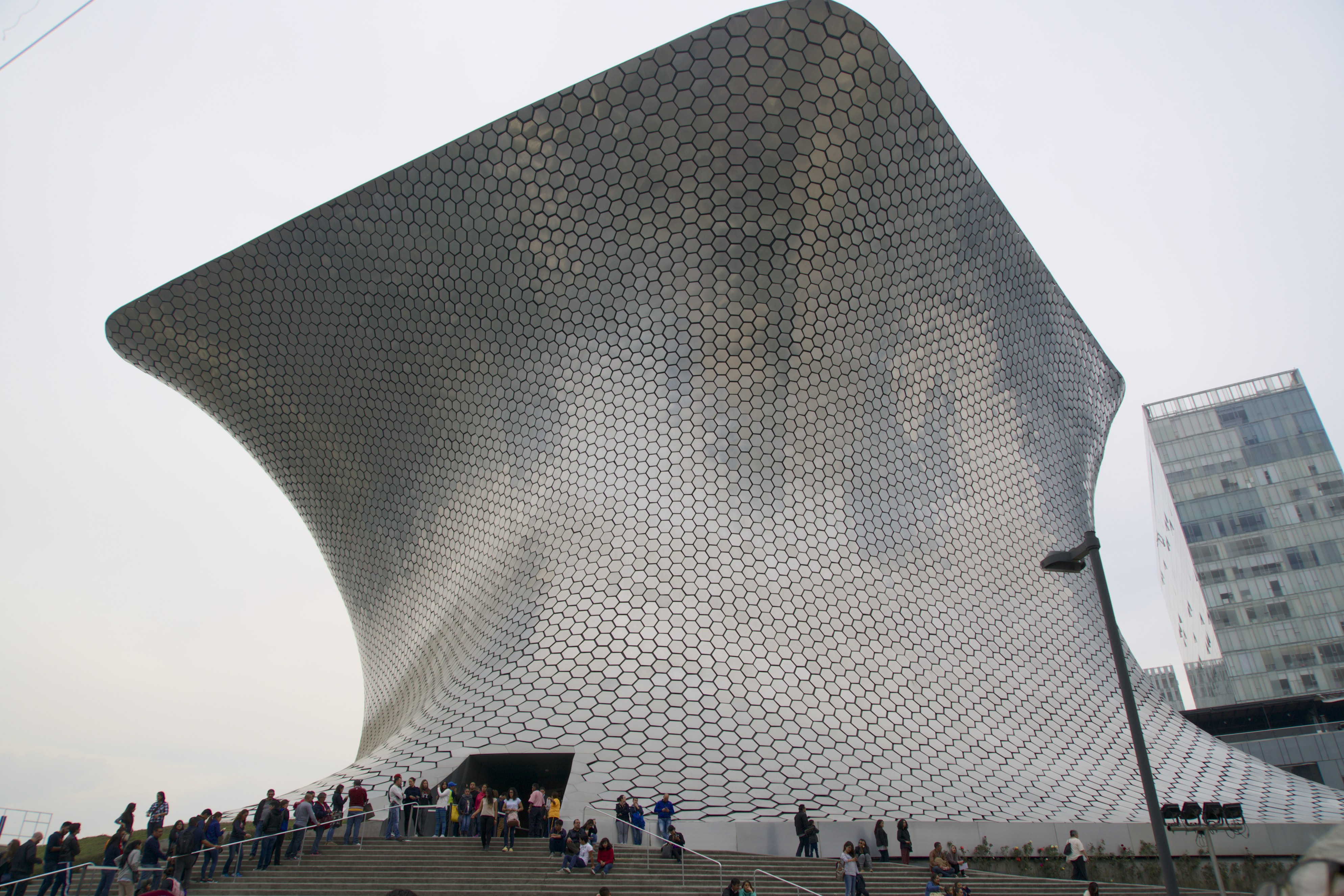